Return to the Ring 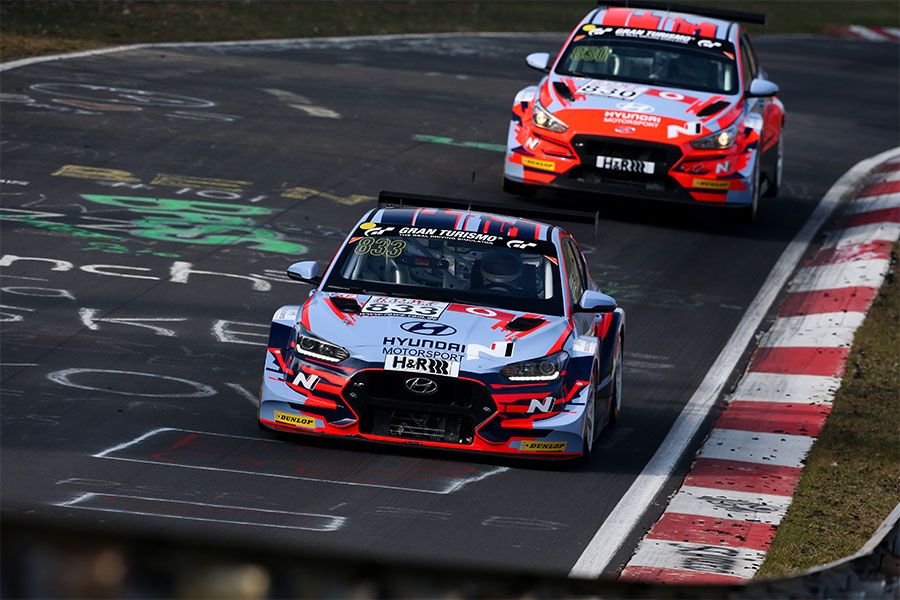 Our 2019 season has just got even busier as we prepare to return to the Nürburging Nordschleife for the iconic 24-hour endurance race, which gets underway with the six-hour Qualifying Race later in May.

Running under the Hyundai Motorsport N entry, we will field two cars into the TCR category, one i30 N TCR and one Veloster N TCR. Both cars have been victorious in TCR events already this season, and have also shown their pace around the legendary Nordschleife in VLN competition.

A strong line-up has been assembled for the six-hour Qualifying Race (May 18-19) with each car to be shared by three drivers. Nürburgring specialist Andreas Gülden will join Manuel Lauck and Peter Terting in the i30 N TCR, as they aim to repeat the performance that helped them score second in last year’s 24-hour race.

Meanwhile, in the Veloster N TCR, Marc Basseng will head the trio of drivers that includes Nico Verdonck and Moritz Oestreich. Each crew will add a fourth driver for the main 24-hour event in June.

“The drivers present a very strong line-up so have a great chance to add to our short, but successful history of competing at the Nürburgring,” said our Team Director Andrea. “We know that endurance racing, especially on the Nordschleife, is a tough task. We have prepared fully for these events by competing in the VLN series and working hard away from the track to make sure the cars are well suited to the challenges ahead.”

The two cars will carry the standard endurance pack that is available to our customers. The proven two-litre turbocharged engine and six-speed sequential gearbox remain, but an ABS system is fitted along with a fast refueling kit that enables mechanics to fill the tank in the pitlane. Additional lights will be fitted for night running during the 24-hour race.

We left the Nürburgring in 2018 with three individual podium results; a double podium in the Qualifying Race preceded second and fourth places for our i30 N TCR in the 24-hour event itself. As part of the inspiration behind the ‘N’ in our car name, we hope the Nürburgring will motivate us to glory.