i30 N TCR triumphs with Antti Buri and Target Competition 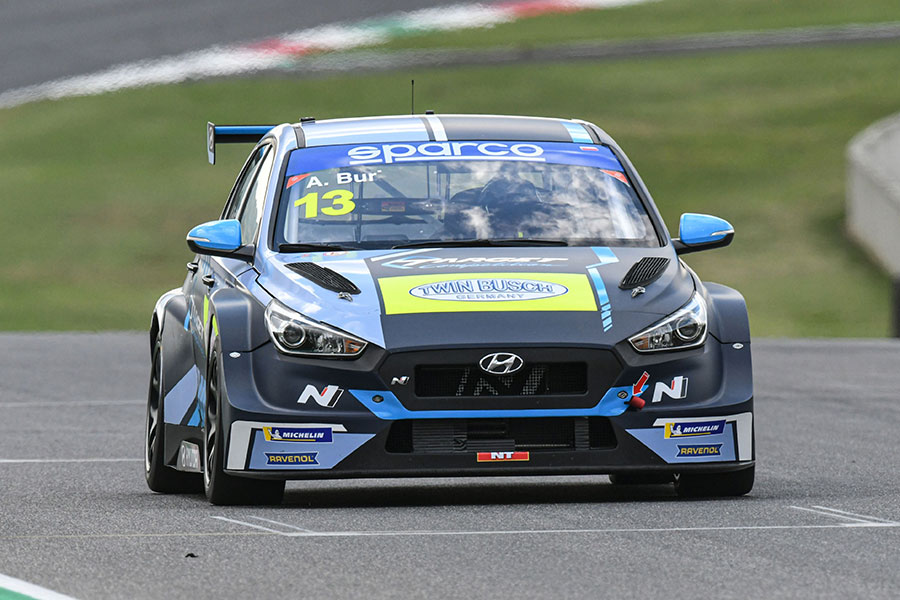 i30 N TCR triumphs with Antti Buri and Target Competition

A thrilling weekend at the Mugello Circuit saw i30 N TCR driver Antti Buri and Target Competition secure the TCR Italy titles in an exciting conclusion to the season.

Three Hyundai customers were among five drivers contending for the title, which went down to the wire. Antti ultimately claimed the crown, despite finishing second to his closest title rival Kevin Ceccon in the final round.

Kevin’s victory bought his 2021 victory tally to four in his first season with the i30 N TCR and Team Aggressive. At the chequered flag, only a single point split the duo.

Target Competition also secured the teams’ title, adding to their own honours list as Hyundai customers, having won in TCR Europe in 2019.

“In having so many drivers and teams not only competing in TCR Italy during this season but doing so as successfully as they have is a clear indication of the performance of the i30 N TCR,” said our Customer Racing Manager Andrew Johns.

“To have three customers in contention for a title for a final weekend is an enviable position for any manufacturer to be in,” he added. “To come away from Mugello with the 1-2 in both the drivers’ and teams’ championship really underlines the strengths of our customers and their drivers.”