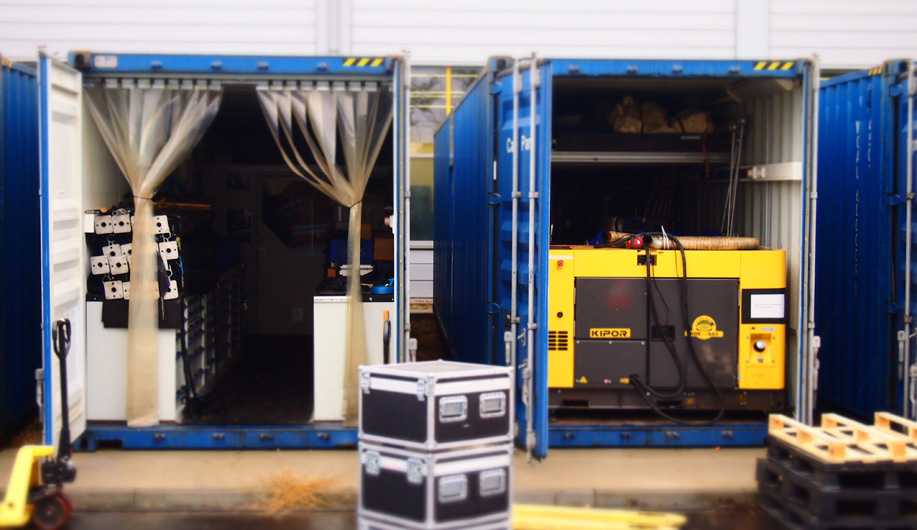 Mexico is the first of three overseas rounds of the 2017 WRC season. Ahead of the rally weekend, we look into what is required to transport our team across the Atlantic  and then onto Argentina and Australia.

Have you ever wondered how we can be rallying in the snowy climes of northern Sweden one month and then just four weeks later be competing on mountainous Mexican terrain? Well, it all comes down to meticulous sea freight preparations where even the slightest delay or oversight could affect our participation in the rally.

We try to reduce as much air freight as we can, transporting everything apart from rally specific parts, the cars and mechanics tools by sea.

Our kit list for transatlantic travel consists of six containers and a total weight of 70 tonnes  the equivalent of about 60 road-going Hyundai i20 Coupes. We have separate units for recce, operations, car parts, office, co-drive equipment and cleaning for rims and tyres.

For recce, we have three cars and associated parts. The car parts box has sufficient quantities for all three overseas events, based on reference values acquired from previous seasons. We don’t have the benefit of the hospitality and service unit that we use at European events, so we have to replicate our set-up with tent structures, including space for catering. We also have a separate box with material to set up offices for engineering, PR and our physio.

This season, we will also be running co-drives for guests in Mexico and Argentina, the first time we have offered this for non-European events. We have extra equipment to pack into the sea freight for this activity, including the co-drive car itself!

Thankfully, we can rely on the pinpoint accuracy of our logistics and workshop teams to make sure everything gets where it needs to at the right time. However, there are even elements of overseas transport that are completely out of their hands.

It takes one month to transport everything to Mexico by sea. Containers are stored in the harbour and pass customs shortly before the rally. It’s a tight schedule, as the containers only dock a few days ahead of the team’s arrival. Any delay could be costly, particularly if a ship were to sink. All teams use the same ship, so it really is a case of keeping the entire Championship afloat!

When packing the containers, there are other factors that must be considered to keep their contents in good condition. Of course, everything needs to be kept dry. This is especially true for Argentina with seven months between that rally and Australia at the end of the season. For the season-finale, we also need to avoid any organic matter being packed into the freight from outside of Australia  so we don’t contravene any quarantine regulations.

When you are following any of the action from overseas events such as Mexico, Argentina or Australia, just remember that most of the equipment we use has literally travelled over the seas to allow us to go rallying.