i20 R5 teams lead championships in Spain and France 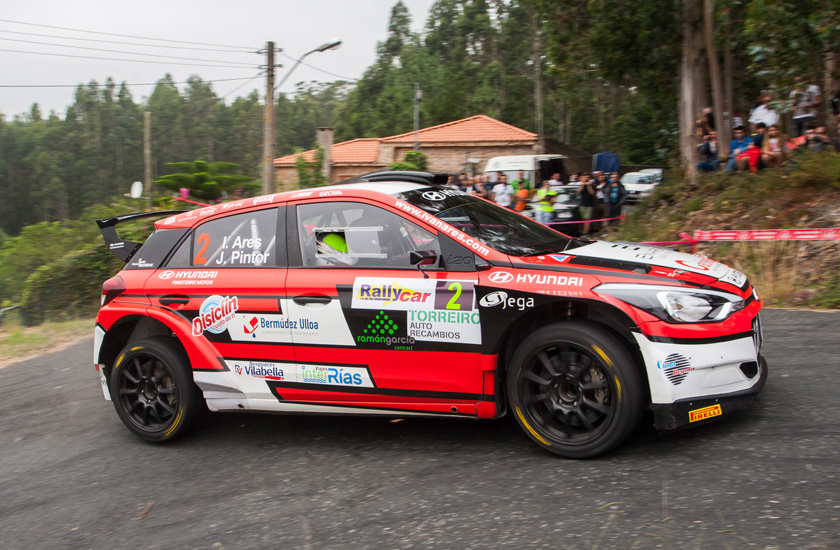 i20 R5 teams lead championships in Spain and France

Hyundai Motorsport’s customers have continued their strong form on the rally stages of Europe and Asia. New Generation i20 R5 crews now hold the lead in two national championships as they, and others, continue to pass milestones with the car.

One overall victory for a New Generation i20 R5, however, came with a driver making his debut with the car. European Rally Championship (ERC) regular Marijan Griebel took advantage of an opportunity to drive an i20 R5 with the CB Events Racing team at the Rallye Lëtzebuerg (14-15 July). Alongside local co-driver Johny Blom the German won two stages overall, and was the fastest R5 runner on another four, being beaten on the road only be crews at the wheel of WRC machinery. The consistent pace meant that at the end of the event the pairing claimed overall victory, with a 13.6 second margin over their nearest rivals.

Theirs were the second set of celebrations for an i20 R5 customer in the space of a week. After starting the season in the Spanish tarmac rally championship with four podiums in as many events Iván Ares and co-driver José Pintor took their first overall win in the car at the Rallye de Ferrol (7-8 July). They scored the result in dominant fashion, finishing more than 90 seconds clear of the second placed team at the end of a rally run in ever-changing conditions where crews had to face both wet and dry roads, as well as thick fog as they tackled the stages. More importantly, with his first win and issues for his closest challengers  including fellow Hyundai Motorsport customer Surhayen Pernía, who withdrew on medical grounds  the pair now lead the championship by 26 points, with the season now at its half-way point.

Supported Pernía, who entered the weekend third in championship, was debuting a new chassis bought by Corauto, as they continue to expand their rallying program with the New Generation i20 R5. Unfortunately Pernía injured his back landing a jump on one of the stages and was forced to retire from a spot in the top ten overall.

Happily, though the Spaniard was back on the stages of the Rallye Cristian López last weekend (22-23 July). Alongside co-driver Carlos del Barrio he won all of the event’s nine stages, winning by over two minutes at the end of the 93km of timed stages.

Young French driver Jordan Berfa continues to hold the lead in the French gravel championship after another strong result on the Rallye Terre de Langres (1-2 July). Berfa, with co-driver Damien Augustin, finished as the best crew in the R5 class, in fifth overall keeping him at the top of the championship point standings in his Turbo ABP Competition prepared car.

The pair was also in action at the Rallye Aveyron Rouergue a week later (7-8 July). Running on his less favoured tarmac surface they were a fixture of the top six overall. Unfortunately, in tricky, wet conditions on the final stages of the rally the French pair lost time and fell to eighth overall. Also competing at the event were Hyundai Motorsport World Rally Championship (WRC) pairing Hayden Paddon and Seb Marshall. Using the event as part of his preparation for the stages of Rallye Deutschland, as well as his partnership with his new co-driver, Paddon fought to second overall. The New Zealand driver won half of the weekend’s ten stages against the local teams, more familiar with the roads. However, despite his pace he was unable to overcome the time lost to a puncture on the early stages.

The same weekend two New Generation i20 R5 customers contested the Rally elezniki. The Friulmotor team of Claudio de Cecco and Jean Campais continued their campaign supported by Hyundai Slovenia with third place overall, a result that keeps them in contention for the title. Just behind them in the final standings was the Gassner Motorsport duo of Hermann Gassner Jr. and Ursula Mayrhofer in fourth overall. Entering just their second rally together in the car they had the pace to challenge for the overall win, and would have finished the event standing on the podium if not for a slow run through one of the Friday evening stages.

Eddy Abou-Karam was another to ascend the overall podium, taking third place at the Cedar’s Rally (8-9 July) in Lebanon to claim his first podium at the wheel of his New Generation i20 R5 after consistent finishes through the first half of the season in his home country. The same weekend Brunero Guarducci finished second in the national event of the Rally del Casentino in Italy, running with Friulmotor.

Hyundai Motorsport Customer Racing department manager Andrea Adamo said: “Our customers have taken some great results with the New Generation i20 R5 in July. To have drivers leading in two national championships not only shows the performances they, are capable of, but also proves the reliability of the i20 R5 over the first half of the season. As our customers are continually getting more and more comfortable with the car they are both taking stronger and stronger results, as happened in Lebanon, and becoming more and more consistent, which is what has put our customers into the lead of their series. It is also good to see more drivers taking their first starts in the i20 R5, and taking very strong results on those events, which again proves how competitive the car is.”