i20 R5 delivers another championship 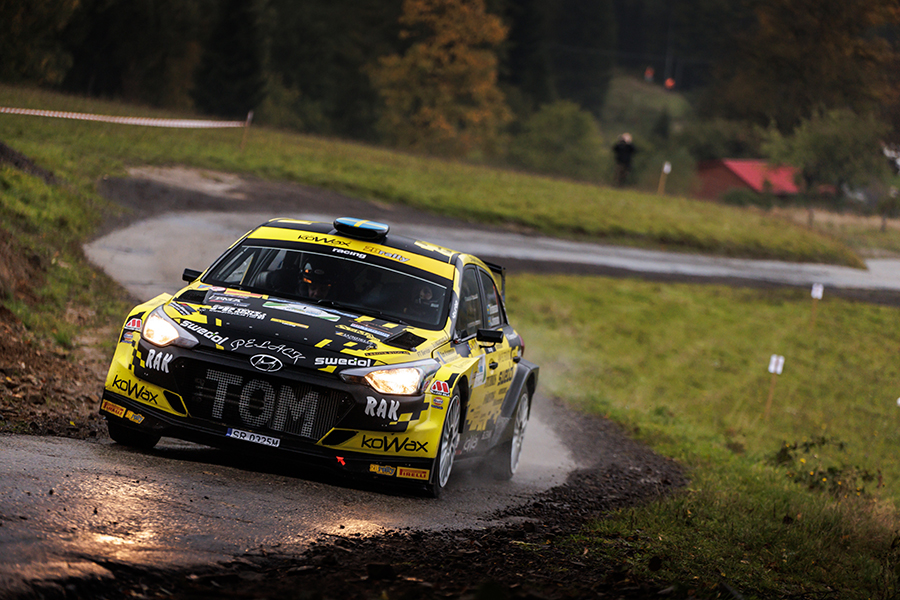 i20 R5 delivers another championship

The Swedish crew of Tom Kristensson and Andreas Johansson secured the Polish Rally Championship in their i20 R5 with a controlled second place at Rally Košice. The result not only secured the individual crown, but helped confirm the teams’ title for the Kowax 2BRally Racing squad. The victories continue a formidable recent record for our i20 R5 and team in the national championship, with the outfit having previously helped Jari Huttunen to the title in 2020.

“The performances of Tom and Andreas in this year’s Polish rally championship have been incredibly impressive,” said Julien, our Deputy Team Director. “To consistently match and beat teams with a huge amount of experience shows their skill as a crew, together with the all-round strength of the i20 R5.”

Getting the job done
The Swedes did exactly what was needed of them in the season finale. In addition to claiming to two stage victories, they managed their pace to hold a podium place from start to finish and bank the vital points needed to bring home the title.

Through the entire year – their debut campaign in one of our i20 R5s – they had to face competition from experienced local crews boasting significantly more familiarity with the nation’s stages and events. On each occasion they were able to match, and even better their rivals on various surfaces over the course of the season.

“Their consistency, which they proved on both gravel and tarmac rallies through the year, was crucial in their title victory, and the controlled run to second place was the perfect end to the campaign,” added Julien.

Strong season
The second place in the finale for Tom and Andreas was a fitting end to a campaign where they only missed the podium on a single occasion. Their total of seven visits of the rostrum included three wins – the joint-most of any crew.

This season also saw Poles Jarosław Szeja and Łukasz Byśkiniewicz on the stages in the i20 R5, run by Kowax 2BRally Racing and APR Motorsport respectively, combining for five stage wins. Customer Racing Junior Driver Josh McErlean also provided a cameo in the series’ trip to Lithuania, scoring a fastest time on his way to a top ten finish.