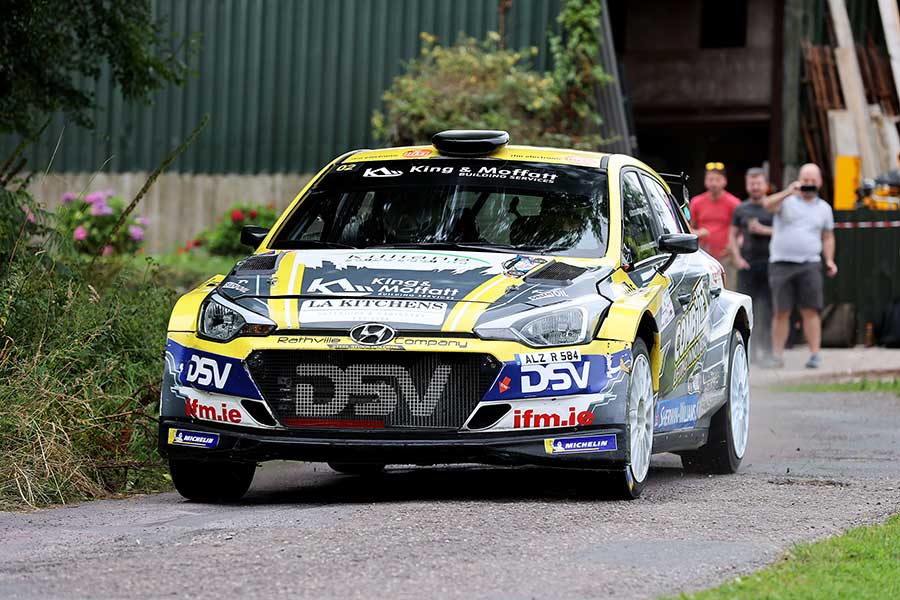 In the final round of the Irish Tarmac Rally Championship, Josh Moffett and co-driver Andy Hayes secured the title with a measured performance in their i20 R5.

The celebrating crew achieved exactly what they needed in the Ulster Rally to take the honours in style, having claimed four wins and two second places in the previous six rounds.

The pair started the season – the first for the championship since 2019 – in remarkable form with victories at the Galway International Rally and the West Cork Rally. However, it was impressive consistency that proved key to their title run.

The series’ regulations demanded that crews drop a pair of scores from the season to create their final tally. Victory at the penultimate round of the championship, the Cork 20 International Rally, improved the crew’s position atop the standings. With double points on offer for the final round there was no opportunity for respite in the title pursuit.

Confirmation of the title completed a double for Josh and his i20 R5 this season. He had already secured the Irish National title with two rounds remaining after winning the first six events with Keith Moriarty as co-driver.

“Josh has enjoyed an incredibly impressive 2022 in the i20 R5, with both Andy Hayes in the Irish Tarmac Rally Championship and Keith Moriarty in Irish National competition,” said our Deputy Team Director Julien. “In both series he has been very quick, and hugely consistent, which has proven almost unbeatable. Their performance shows the superb strength of the i20 R5. It may be the first car that our Customer Racing department introduced, but the continued support offered to customers means that it remains a formidable package on the stages.”