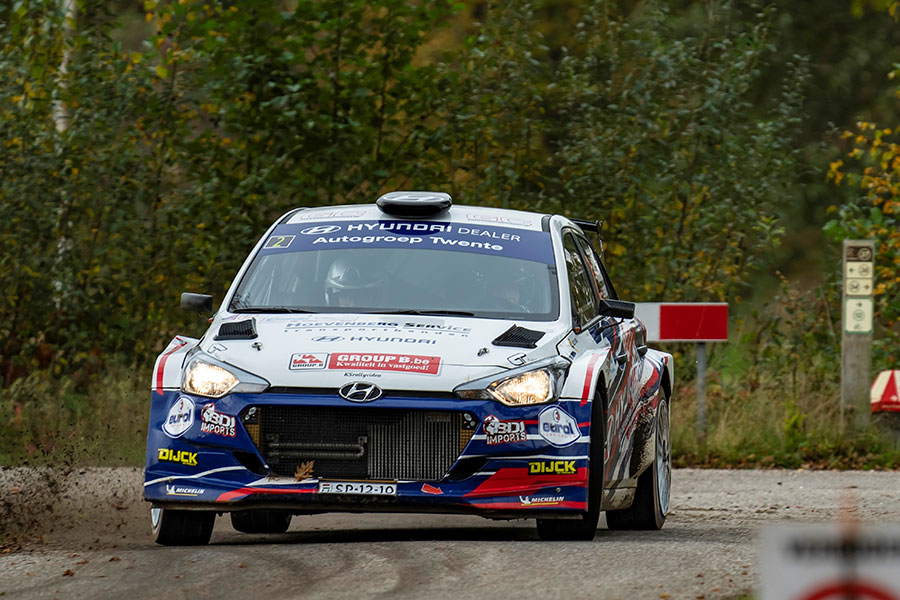 Bob de Jong, who competes in our i20 R5 and is supported by Hyundai Netherlands, has been declared the winner of the 2021 Dutch Open Rally Championship following the cancellation of the final round of the series.

“The victory is extremely well deserved after a quartet of strong results and excellent performances over the course of the season,” said our Customer Racing Manager Andrew.

The 2021 honour is Bob’s second consecutive championship crown, as the Dutchman also took the title back in 2019, the last time the series was run.

Class of the field
Alongside co-driver Bjorn Degandt, Bob was in the fight for victory at every event, finishing the year with two second places at the Hellendoorn Rally and the Twente Rally, and a pair of victories at GTC Rally and the ELE Rally. These excellent results saw the crew hold a 13-point lead over the next closest arrival entering the final event of the season.

However, the decision was taken to postpone the last rally to the start of the 2022 season due to increasing coronavirus restrictions, making Bob/Bjorn the 2021 Dutch Open Rally champions. Despite the shortened calendar, the title is a deserved reward for a series of strong performances.

“On every event this year Bob has been on the pace with his i20 R5 – taking numerous stage wins and leading overall for the majority of the four rallies he entered,” added Andrew. “With the strength of these results, the team can look back on a very successful campaign and I can only add my congratulations to Bob and the entire team.”

The 2021 season also marked the first rallies for driver Nick den Braber in our i20 R5. In his first year in the category he contested all events, finishing with a best result of fourth in the final rally of the year.