2018 season begins positively for our i20 R5 customers 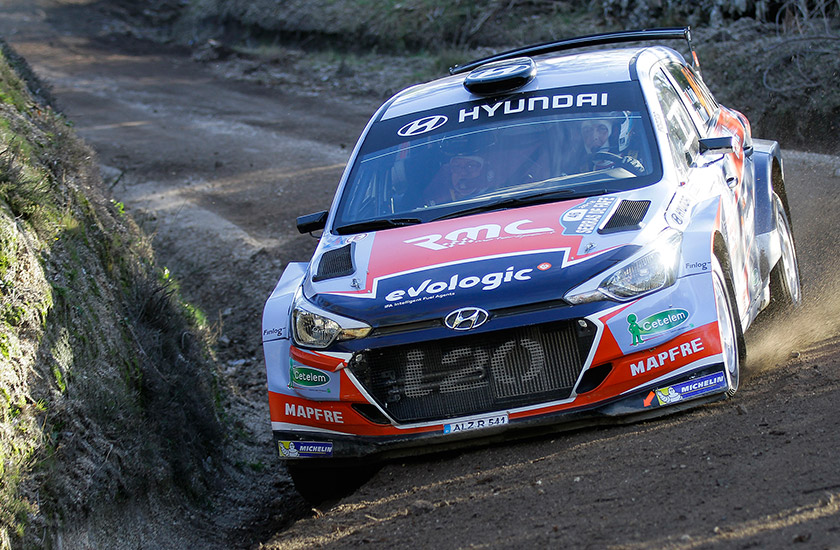 2018 season begins positively for our i20 R5 customers

National and international championships have begun for many of our i20 R5 customers, with strong results registered in Portugal, Paraguay and Italy throughout February.

Four of our R5 cars lined up for the opening round of the Portuguese national championship, led by a two-car entry from Team Hyundai Portugal featuring Carlos Vieira and Armindo Araújo.

Both drivers were able to set top-four stage times en route to strong finishes, proving the pace of our i20 R5 at this early stage of the year. The Racing 4 You crew of Paulo Meireles and Marco Gonçalves made it three of our cars inside the top-ten.

Driving the first i20 R5 delivered to South America, Paraguayan driver Diego Dominguez enjoyed a competitive debut with co-driver Hector Elizeche. With the backing of Hyundai Paraguay, the Automotor Rally Team crew dominated the one-day Copa de Verano with four fastest times and took victory by over half a minute.

Over in Italy, there was an overall podium on the tarmac of the Franciacorta Rally Show. The Bernini Rally owned i20 R5 with Andrea Mabellini and Virginia Lenzi took third overall. The crew took the fastest time on the final stage, and finished as the second placed R5 drivers.

Former WRC2 driver Jari Ketomaa took to the snow and ice of the Vaakuna Ralli in his first event at the wheel of our i20 R5. Joining the Rallybaron team, the Finn ended the rally in seventh, a consistent start.

Cypriot driver Panayiotis Yiangou also made his first start in the car with an entry into the East Safari Rally. The event marked his debut in a brand new car that his family-run Yiangou Motorsport team took delivery of over the winter months.

There was also a strong start for our customers John Wink and John Forrest (JJ Rally). The Scottish pair scored their career best finish in the season opening Snowman Rally, as they continued to show improvements from one event to the next in their i20 R5.

“The start of a new season is always very exciting and interesting,” said our Customer Racing department manager Andrea Adamo. “Most exciting for us is the increased backing our customers are gaining from Hyundai importers and distributors. With the results they have already scored, it is clear that 2018 will be another very competitive season for i20 R5 crews.”