i20 R5 adds to its impressive results tally 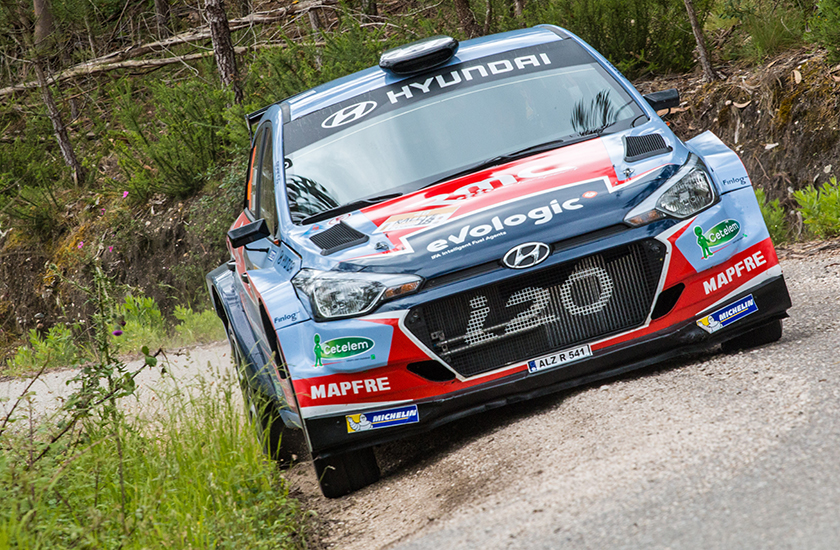 i20 R5 adds to its impressive results tally

Our i20 R5 has continued to shine on rally stages around the world with more victories and podiums throughout June.

A total of four i20 R5 cars started Rallye Vosges Grand Est (June 9-10) with Bryan Bouffier and Quentin Giordano registering the first ever 1-2 for the car in France.

Over on the Mediterranean island of Sardinia, our R5 car finished on the WRC2 podium for the first time ever. Sarrazin Motorsport duo Nicolas Ciamin and Thibault de la Haye finished the event third in class.

A puncture also cost the Hyundai Spain backed crew of Iván Ares and José Pintor a change for victory in Rally de Ourense (June 7-9). They won most stages, including the TC+ Power Stage, but had to settle for third.

There were also encouraging results for Italy based Friulmotor, who finished inside the top-ten at home in Rally di Reggello (June 9-10). Continuing his focus on the Slovenian championship, team boss Claudio de Cecco finished second in Rally Velenje to keep up his title challenge, while Croatian Juraj Sebalj finished third in the Delta Rally.

In other rallies, British and Irish drivers showed strong pace in their respective R5s, while there was also a second podium of the season in Lebanon for Eddy Abou-Karam.

“Our Hyundai i20 R5 customers continue to perform excellently in their chosen series to consistently challenge for wins and podiums,” commented our Customer Racing Deputy General Manager Andrea Adamo. “It is now our responsibility to maintain the support we offer them to make sure they remain in contention for the second half of the season.”