i20 R5 features strongly around the world 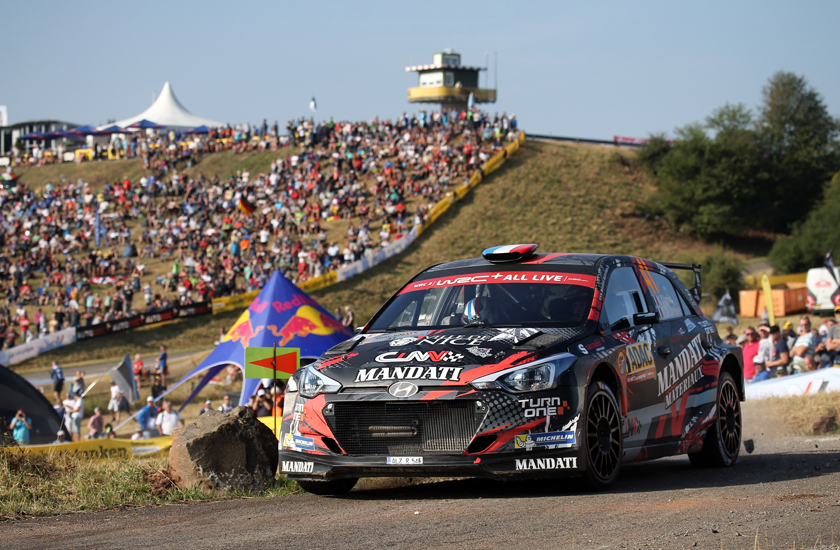 i20 R5 features strongly around the world

Our i20 R5 has helped rally crews fight for leading positions in a variety of championships this summer, securing important points along the way.

WRC2 events in Finland (July 26-29) and Germany (August 16-19) have given crews contrasting challenges from high-speed gravel to narrow tarmac roads.

Our HMDP duo Jari and Antti showed the pace of the i20 R5 by finishing second in Finland, with BRC Racing Team’s Pierre-Louis Loubet in fifth. In Germany, it was WRC2 regular Nicolas Ciamin who emerged as best of the Hyundai customers in seventh.

Leads preserved in Spain and Portugal

In Spain, Iván Ares continues to lead the Spanish tarmac championship despite missing out on victory in Rallye de Ferrol (July 21-22). A late puncture dropped him from a 15-second advantage to third place in the closing stages. The misfortunate elevated the Hyundai Motor España entered i20 R5 of José Antonio Suárez into second place.

There was success in the Paraguayan national championship with Diego Dominguez winning Rally de la República Alto Paraná (July 27-29) by ten seconds. Alongside co-driver Edgardo Galindo, he went onto add a third place podium at Rally de Cordillera (August 11-12), having led at the event’s midway point.

Finally, in Hungary, Szabolcs Várkonyi and Gergely Makai scored their best result of the season on home soil at the International Baranya Kupa (August 3-4). They finished sixth overall in the Korda Racing prepared i20 R5, the fourth best R5 crew and second of those registered for the international championship.

“In R5, we have crews in Portugal and Paraguay who have shown again and again the pace needed to compete year-long for the title,” said our Customer Racing Deputy General Manager Andrea Adamo. “They now face the final rounds with a chance of taking the crown.”