Dani returns to i20 R5 for Fafe 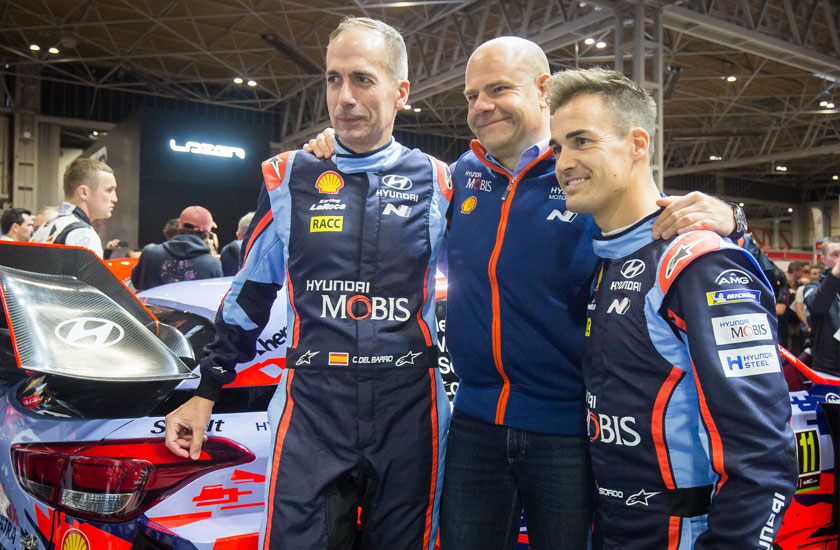 Our Spanish crew Dani and Carlos will return to the wheel of an i20 R5 rally car at the forthcoming Rali Serras de Fafe in Portugal (February 22-23), as they prepare for their opening round of the 2019 WRC season.

The gravel rally, the first round of the Portuguese national championship, will be the crew’s second appearance in an i20 R5, following on from a podium finish in last year’s Rally Barum.

“It is important to compete before Rally México,” commented Dani. “The Rali Serras de Fafe will help me and Carlos get back into the feel and the pace of competition after a winter out of the car. I’m looking forward to driving the Hyundai i20 R5 again. I drove it on tarmac last year, and it should be fun on the gravel stages as well.”

Dani and Carlos will be joining two other i20 R5 entrants, both supported by Hyundai Portugal, who will be starting their domestic campaigns in the popular event. After clinching the 2018 title, Armindo Araújo will begin his title defence, while European Rally Championship front-runner Bruno Magalhães, in his first career start in an i20 R5, will drive the second car.

Engineers from our Customer Racing department will be able to assist their Portuguese counterparts in preparing and setting up the cars for the rally. The additional support on site reaffirms the commitment to our customers.

“Having Dani and Carlos in an i20 R5 will provide the perfect foundation – alongside pre-event testing in the WRC car – for Rally México,” said our Team Director Andrea. “We will work closely with Hyundai Portugal to support them, and ensure we make a very strong start to the year alongside our customers in harnessing the potential of the i20 R5.”