Major milestone ahead of Corsica debut 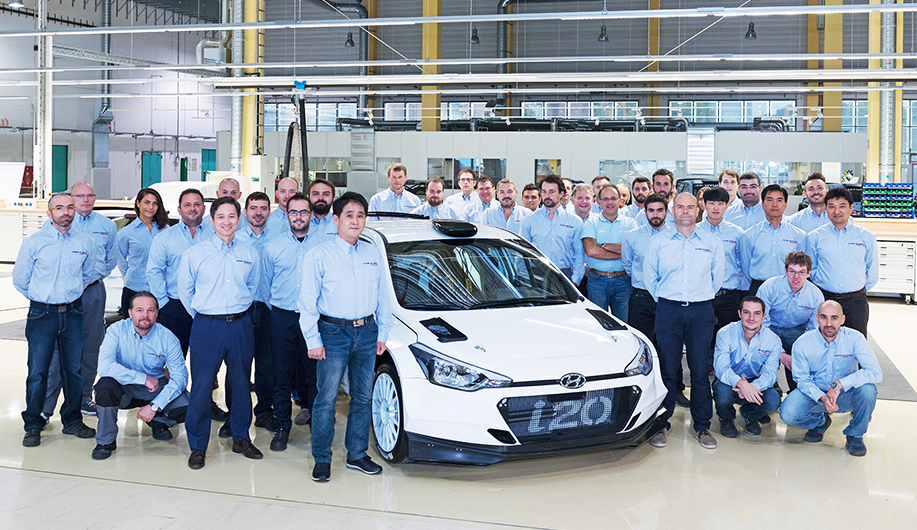 Major milestone ahead of Corsica debut

A year after its establishment our Customer Racing department has celebrated a significant landmark. On Monday (September 19), the first New Generation i20 R5 ordered by a private team was rolled out of our headquarters in Alzenau, Germany, and passed to its new owners.

The milestone comes in the middle of a very busy period for the department responsible for the new machine. This began with the most recent tests of the New Generation i20 R5 in late August, ahead of the homologation process for the car. This was carried out alongside the building of the third and fourth New Generation i20 R5 chassis. More importantly, however, these are the first chassis to be built specifically for a customer, as the program moves from development and testing, into production.

Our Team Principal Michel Nandan and Andrea Adamo, who oversees the Customer Racing department, attended the ceremony as the car was passed to the client. On the other side of the handshake was Luca Murdolo, Team Manager of the privately run Italian squad receiving the first delivery. He, together with his colleagues, was also able to take advantage of the opportunity to speak to the engineers and mechanics who have worked on the New Generation i20 R5 for the last twelve months.

The support from our Customer Racing department will continue in the coming weeks. Ahead of his debut in a four-wheel-drive machine at the Tour de Corse  Rallye de France, Fabio Andolfi will test the car. Both there, and at the rally itself, his team will be able to call upon the expertise of one of our dedicated race engineers.

Though production of the New Generation i20 R5 is now well underway, with full order books into early 2017, the Customer Racing department will return to testing later this week. The team, along with Kevin and Seb, will make one-day of running on the island’s roads in preparation for their own entry into the Tour de Corse – Rallye de France. Kevin and Seb, who have crewed almost all of the 5,000km completed by the car to date, will be making their third consecutive start at the event.

“In order to meet the tough targets we have set ourselves with the New Generation i20 R5 program we have passed a huge number of milestones in a short period of time,” said our Customer Racing Team Manager Andrea Adamo. “However, the delivery of the first completed chassis to our customers is undeniably the most important point yet for us. It is when the Customer Racing department begins to live up its name and starts to fulfil its aim of building cars for private owners, and expanding the Hyundai name’s presence in rallying outside of the  the WRC class. We are now only a week away from the New Generation i20 R5’s first competitive outing in an international event, at the Tour de Corse – Rallye de France. That weekend will, of course, be another landmark for the project and as we continue to deliver to new customers we are sure that are more to come.”

A total of three New Generation i20 R5 are due to take the start of the Tour de Corse – Rallye de France. Kevin and Seb will compete in WRC2 entered under the Hyundai Motorsport N banner. Customer teams will run the entries for Andolfi (#86) and for Stéphane Sarrazin (#83).