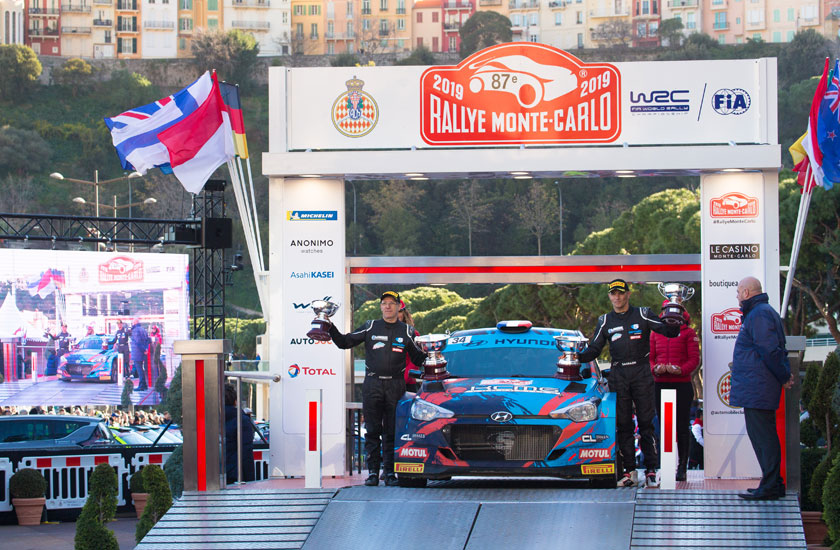 In the opening round of the 2019 WRC season, Rallye Monte-Carlo, Stéphane Sarrazin took our i20 R5 to its first-ever overall top-ten result.

The Frenchman, alongside co-driver Jacques-Julien Renucci, claimed ninth place and an R5 podium having been among the fastest crews throughout the tough rally. Competing against crews supported by manufacturer teams, the duo set consistent stage times in their i20 R5, which had been prepared by Sarrazin’s own team.

Two Italian teams joined them on the rally: Bernini Rally entered with Andrea Nucita, while a third i20 R5 was provided by the HMI team for Massimo ‘Pedro’ Pedretti.

“Stéphane’s result at Rallye Monte-Carlo shows the performance of the i20 R5,” commented our Team Director Andrea. “His result is a product of him as a driver, of course, but also of the support for our customers and the development work on the car to make sure it remains a challenger for stage and overall wins.”