Customers to compete at Monza Rally Show in December 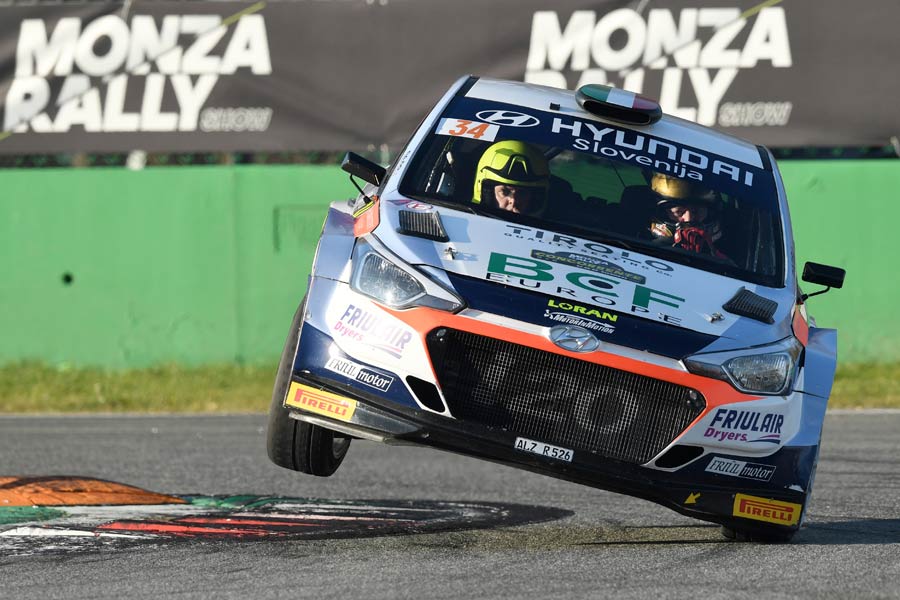 Customers to compete at Monza Rally Show in December

Our customers will have the chance to compete for the Hyundai i20 R5 Trophy at the Monza Rally Show in December, with a top prize of €10,000.

Any crew running an i20 R5 with one of our customer teams is eligible to enter the contest. The Trophy will run within the competitive R5 class, which this year will be the premier category at the popular winter rally event.

Monza Rally Show has become one of the major rallying events, with stages on the famous Grand Prix track, in the paddock, and on sections of the historic banking. It regularly attracts stars from the wider motorsport world and more than 50,000 fans across the weekend.

The top three drivers of the Hyundai i20 R5 Trophy will be awarded a cash prize intended to help them fund their 2020 rallying season. The Trophy winner will receive €10,000 while the second and third placed drivers will receive €5,000 and €3,000 respectively.

All i20 R5 crews have access to a dedicated spare parts truck during the three-day event and support to ensure all i20 R5 cars run at their best.

The car proved to be very competitive at last year’s event: Luca Rossetti won the R5 class at the wheel of the i20 R5, while Andrea Mabellini scooped the Trophy.

The event also marked the i20 R5 debut of Simone Tempestini, who has since gone on to clinch the Romanian national championship and a WRC2 podium at Rally Italia Sardegna.

The i20 R5 has also enjoyed a successful 2019 season, with customers clinching national titles in Romania, Slovenia and the Netherlands, and second place in competitive Portuguese and German domestic championships.

Our Customer Racing Senior Sales Associate Andrew Johns said: “After a successful first year in 2018, I’m really pleased that we can again offer our customers the opportunity to compete for prizes in the Hyundai i20 R5 Trophy. The prizes on offer will give them something extra compete for on what is already a busy weekend and will allow us to gather together some our customer teams for what will be an exciting finale to many of their 2019 seasons.”