Jari takes championship in i20 R5 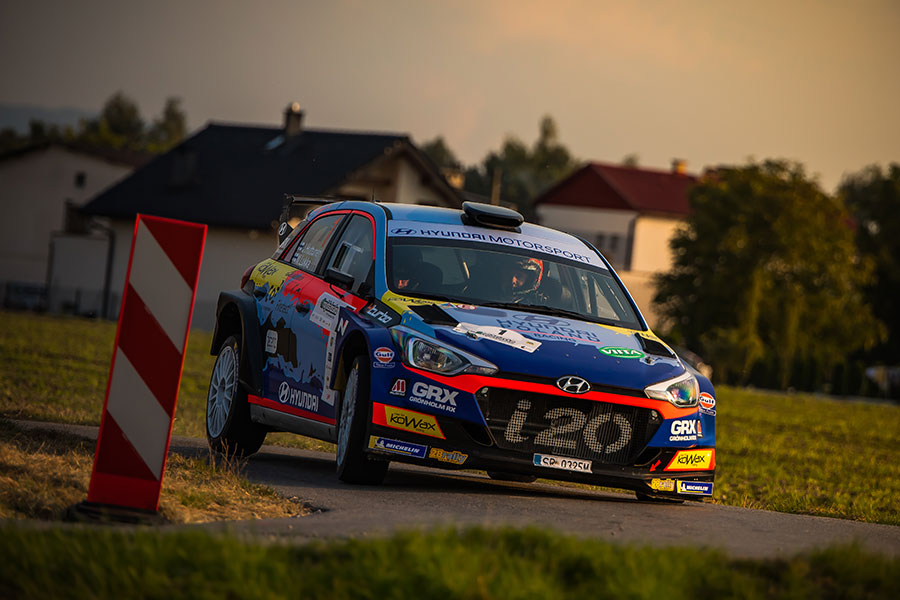 A near perfect season for the Hyundai Racing Poland crew of Jari Huttunen and Mikko Lukka saw them crowned Polish national rally champions, as they took second place in their i20 R5 on Rajd Świdnicki.

Jari, in his first full season competing in the series and supported by Hyundai Motor Poland, entered the final round with a comfortable lead in the standings after scoring overall wins in the opening two events of the year.

The Finns emerged as title contenders from the outset and never looked back, extracting full performance from the i20 R5. The tarmac stages of Rally Świdnicki took over the honours as the season decider upon cancellation of the planned finale at Rally Košice. Jari held a 14-point lead ahead of the event, which was expected to be another closely fought contest.

Having taken the lead on Saturday, the pair was in good shape but a mistake on Sunday morning, which damaged the car, threatened to undo their advantage. Fortunately, Jari was able to minimise the time loss, and returned safely to service for the team to make the necessary repairs.

Underlining his pace with the i20 R5, he set fastest times on the first two stages of the final loop to overhaul a 32-second gap to the leader. A puncture prevented him from taking another overall win in the final stage, but despite falling to second and missing out on bonus points from the Power Stage he was able to celebrate the title.

Our Customer Racing Operations Leader Andrew Johns said: “Jari and Mikko have had an incredible 2020 season with the i20 R5. After very strong performances to take overall wins in the first two rounds of the season, another podium to confirm the title was a fitting way to end their national season. The championship win is a huge honour in their first year of working together with Hyundai Motor Poland.”

The team now heads to Sardinia for the latest round of the WRC 3 championship, in which Jari and Mikko sit second. Andrew added: “With national and international rallies – including in WRC 3 – still ahead of the crew this year I am confident that there are more great results to come from this year for them.”