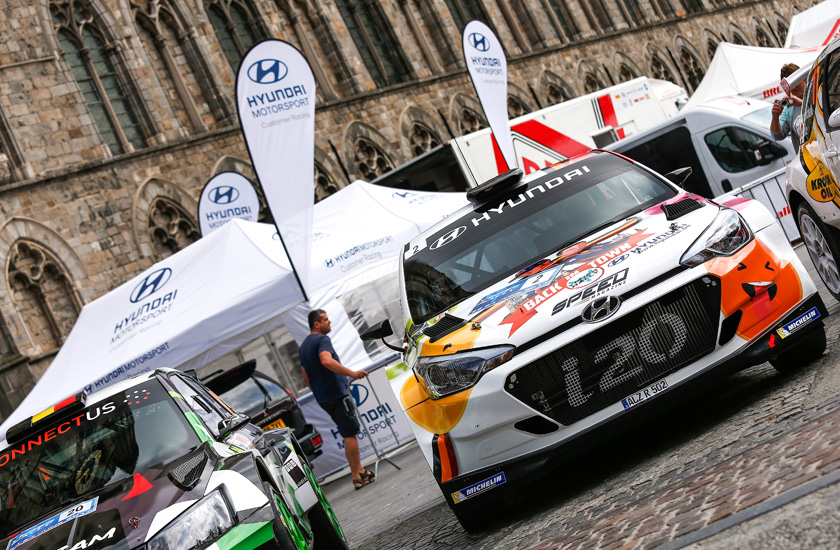 Rally crews will be able to rely on our most powerful and responsive i20 R5 car to date in 2018, following an intensive period of testing and development by our Customer Racing engineering team.

The latest improvements are the product of tireless work since the i20 R5 made its competitive debut in September 2016.

The main developments brought to the car for 2018 are an uprated powerplant, introducing variable valve timing, and new engine map. Together the refinements gather more power from the 1.6 litre engine, with greater throttle response due to a reworked ALS strategy.

The arrival of the changes marks the use of the final ‘joker’ available on the i20 R5 in its first two years of competition. However, they are not the only modifications to be made to the car for the coming season.

The changes are the result of extensive, on-going testing, as well as the work of our engineers to support customer teams on events throughout Europe. This has allowed us to hone several crucial areas of the chassis, improving both the power and the handling of the i20 R5. These include new specifications of dampers for both tarmac and gravel settings, and a wider range of differential ramps for the car, allowing customers to harness greater performance from the i20 R5 as they seek to be competitive in their respective championships.

The latest developments will be fitted to all brand-new i20 R5 delivered following homologation on March 1. Existing customers, meanwhile, will be able to apply the changes to their cars from the same date as they prepare for their 2018 campaigns.

The recent winter months have been a busy period for our Customer Racing department. After claiming three titles during its first full season of competition interest in the i20 R5 has remained high, with an ever-increasing number on the stages. Customers in Portugal, Ireland and Paraguay are among those impressed enough by the i20 R5 to purchase cars to run in their respective national championships this year. Last weekend the Paraguayan crew, Hyundai Motorsport’s first customers in South America, took a sensational victory on their debut event with the car.

“In our efforts with the i20 R5 and our customers we are always aiming to make sure they can compete at the very front of whatever championship they choose,” said our Customer Racing manager Andrea Adamo. “The rapid pace of development within the R5 category means that we constantly have to be working in order to guarantee this. These latest improvements are the most important we have made since the car’s debut, and will allow our customers to again challenge for rally wins and championship titles around the world. This season our customers are competing in a wider range of championships, so we have to make sure we continue our work in order for them to be on the pace in all conditions.”