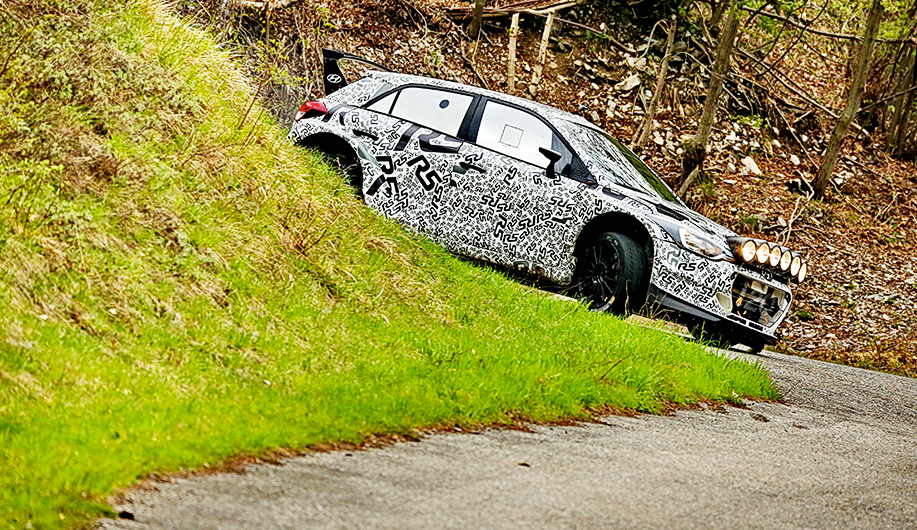 May 10, 2016  Our New Generation i20 R5 has added more valuable testing kilometres this month with a positive five-day test in Sardinia.

Following the car’s successful tarmac test near Turin in Italy in mid-April, the trip to Sardinia allowed us to run on both tarmac and gravel surfaces. We put the car through its paces using our knowledge of Sardinia’s WRC stages, on which we secured a double podium finish last year.

It was a gruelling schedule for our Customer Racing test team and our test crew of Kevin Abbring and Seb Marshall with two days on tarmac and three days on rough gravel roads. Work centred on testing new suspension parts for the car’s gravel package.

“To have tested for eight days in a fortnight has been tough on everyone and the car,” commented our Customer Racing department manager, Andrea Adamo. “Our two days on tarmac in Sardinia backed up the work we had done the previous week. Then running on gravel meant we could develop that specification.”

The R5 project has also entered a new phase at our base in Alzenau, Germany. As momentum builds towards the New Generation i20 R5’s planned homologation in the summer, work has begun on a second chassis. The introduction of a second car will allow us to take advantage of information gained during previous tests, and confirm a tarmac specification for production that will be tested in the coming months.

“The New Generation i20 R5 has to be equally competitive on tarmac and gravel, so in some areas we are developing two designs at the same time with only one car,” explains Andrea. “Having a second chassis will make that process easier. With one, we can concentrate on tarmac testing, with the other on gravel. This means we can increase the amount of testing in the final months before our homologation date in the summer  as we finalise the specification that our customers will receive.”

Kevin and Seb will take part in their debut WRC event of 2016 at Rally de Portugal later this month. They will then return to test and development duties with the Customer Racing department, as we continue working towards R5 homologation.