Our New Generation i20 R5 grabs attention at Ypres Rally 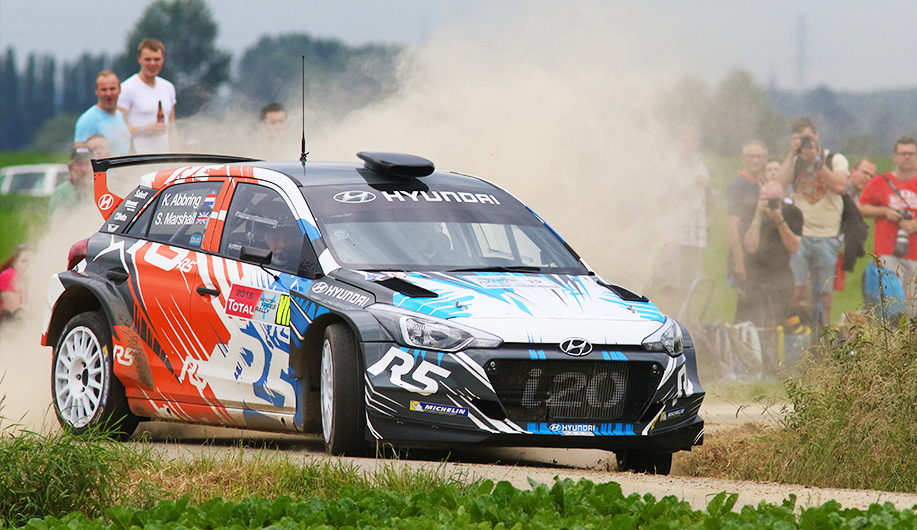 Our New Generation i20 R5 turned heads at Ypres Rally in front of fans, competitors and media during the fifth round of the European Rally Championship (ERC).

It was a trouble-free weekend as VIP course car and the end of five days high profile testing in western Belgium. It was our first public outing with the new car before homologation later in the year.

“To feel the excitement there is in the rallying community for our car is really encouraging!” says our Customer Racing Manager Andrea Adamo. “Of course, our appearance on the stages was all about continuing the development of the car. The Ypres event is always an exciting rally, and this year certainly didn’t disappoint.”

The high speed and narrow roads, famous in the Ypres Rally, were a new challenge as part of the NG i20 R5 test programme.

Our Test and Development Driver Kevin Abbring was on driving duties this weekend with Seb Marshall co-driving alongside.

“Really impressive!” Kevin said at the end of SS17, the final stage of the rally. “Building a reliable R5 isn’t so easy, this car is great!”

Its eye-catching livery was unmissable on the stages and in the Service Park, thanks to a winning design from last month’s Hyundai Motorsport R5 Design Competition. The car immediately gathered plenty of attention from fans, media and potential customers alike who were all interested to see it driven in anger for the first time.

“The New Generation i20 R5 is a very important project for us, so it was great to see all the interest!” continues Andrea.

We also spent two days running in Flanders before a special media-only event prior to the rally. Journalists were invited to take part in a special co-drive ride to experience the capabilities of our new car first hand alongside Kevin.

In five days the NG i20 R5 completed over 400km, half at the head of the ERC field. The unique stages were a great way to test transmission and handling characteristics in a demanding environment with changeable weather.

“We are very happy with the performance of the car compared to the fastest crews,” explains Andrea. “That our car completed the weekend trouble-free and with competitive times is a testament to the quality of the car we have produced.”

“The results, together with feedback from Kevin, will allow us to better focus development before our customers take the New Generation i20 R5 out to compete.”