Our New Generation i20 R5 is taking to the stages! 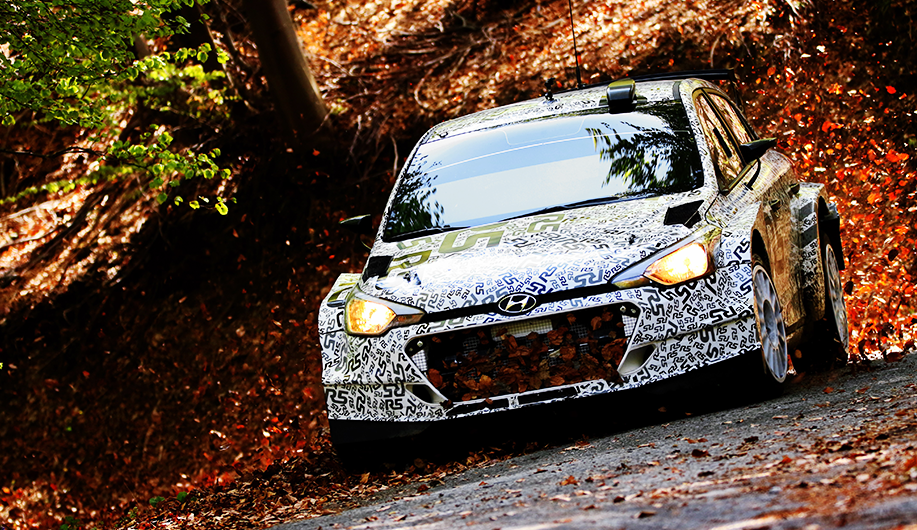 The wait is almost over! Our New Generation i20 R5 will make its first public appearance at a rally next month. As part of on going testing, the i20 R5 will run as a course car at the 2016 Ypres Rally from June 23-25.

We are excited to be involved in the famous Belgian event, which is the fifth round of the European Rally Championship (ERC). While we have already tested the car on tarmac, the high-speed stages of West Flanders will add more mileage and mark another milestone in the car’s development.

“The Ypres Rally is a pivotal weekend in the New Generation i20 R5 project!” explained our Customer Racing department manager Andrea Adamo. “It’s the perfect place to debut the car. The ERC is a key championship for R5 teams, where we hope our customers will compete.”

Shedding the camouflage scheme that has been used since testing began, the New Generation i20 R5 will carry a fresh and exciting new livery. Hyundai Motorsport fans were invited to create a new look for the car in May. Many high-quality designs were submitted and a striking livery designed by a New Zealand fan was chosen as the winner.

The car itself will also be new. Our team of mechanics at Alzenau have prepared a second chassis that incorporates our learning and knowledge from previous tests. As a result, this car will be have a very similar specification to the cars that will be delivered to eager customers before the end of the year.

Kevin in the Driving Seat

Our test and development driver Kevin Abbring, who has already tackled the event four times in his career, will be behind the wheel. Fans will have the opportunity to see him, and co-driver Seb Marshall, on the stages throughout the four-days and will also have the opportunity to get a closer look at the car at the Service Park.

“Ypres is an event with some great history in an area where people are very knowledgeable about rally. The flat, high speed roads of Ypres are quite different from the tarmac tests we have done,” continued Andrea. “We want to run the car on various types of stage in order to thoroughly prepare it. This event is important as we will be proudly running in front of fans, the media and our future customers for the first time.”

With further tests planned, we are continuing work to deliver the best car possible to customers after homologation is completed in the summer.