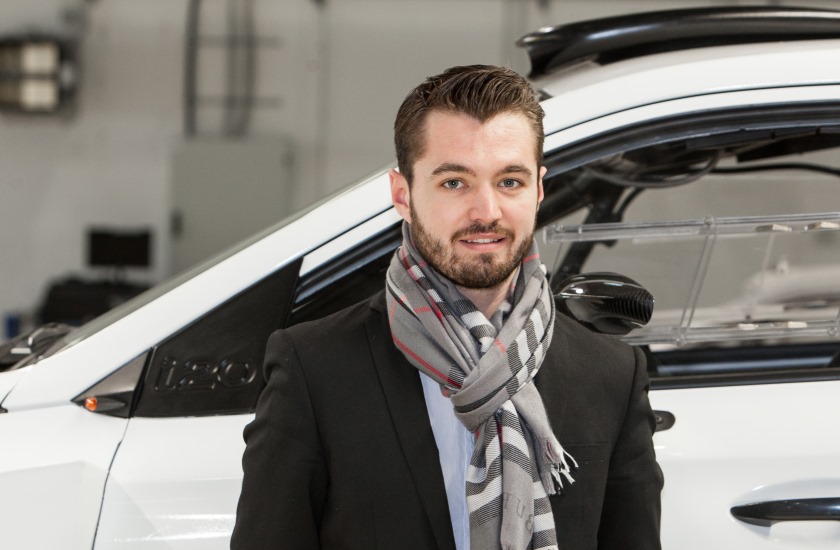 Hyundai Motorsport last week welcomed representatives of the teams which claimed overall championship titles with the i20 R5 for a special event honoring their 2017 successes. Each victorious team was awarded a 15.000 prize to support their 2018 seasons with the car.

Champions from Spain, France and Italy meet in Germany

Ares, who attended the event alongside his co-driver José Pintor, completed a dominant season in the grueling Spanish Tarmac Championship, winning five of the ten events during the season. Even more impressive was the crew’s record of finishing on the podium at every round, an enviable feat that helped them seal the title with two rallies remaining.

Competing against crews running previous-spec WRC cars Jordan Berfa was the star of the French Gravel Championship season. Despite the greater speed of those in the premier class the 22-year-old scored two overall podium finishes during his 2017 campaign. However, it was his remarkable consistency on the rough gravel stages that clinched him the title. Four times during the six round championship Berfa and co-driver Damien Augustin won the R5 class, lifting them to a sensational championship victory.

The BRC Racing Team ran Giandomenico Basso and Lorenzo Granai throughout the TER Series. The Italian pairing scored three victories during the season, taking wins at events in Romania, Portugal and Austria aboard their i20 R5, securing a first international title for the machine before the final round of the championship.

The event gave the teams a chance to visit the Hyundai Motorsport Customer Racing workshop where each i20 R5 is built. The department’s mechanics and sales department are currently busy in building and delivering new i20 R5 to customers ahead of the beginning of the 2018 seasons around Europe.

The workshop, and one of the i20 R5 currently being prepared, provided the backdrop for the awarding of the 15.000 prize to each champion in recognition of their achievements last year. The prize fund will help them maintain the momentum gained from their 2017. The additional support will aid in keeping the teams, driver and the i20 R5 in front of the competition as they seek further accolades in both defending their titles, and taking on fresh challenges in 2018.

Hyundai Motorsport Customer Racing Manager Andrea Adamo said: “Our customers are the most important part of the i20 R5 project. Their strong results are the best possible promotion we can wish for. Our event in Alzenau for the championship winners was to thank them for their efforts during 2017 in showing the performance of the i20 R5 on the stages. Of course, now we also have to look ahead to this year. We hope that the prizes awarded will help the teams and drivers continue their excellent form of last season, keeping the i20 R5 at the front of national and international rallying as we support all of our customers in pursuit of further championship success in 2018.”