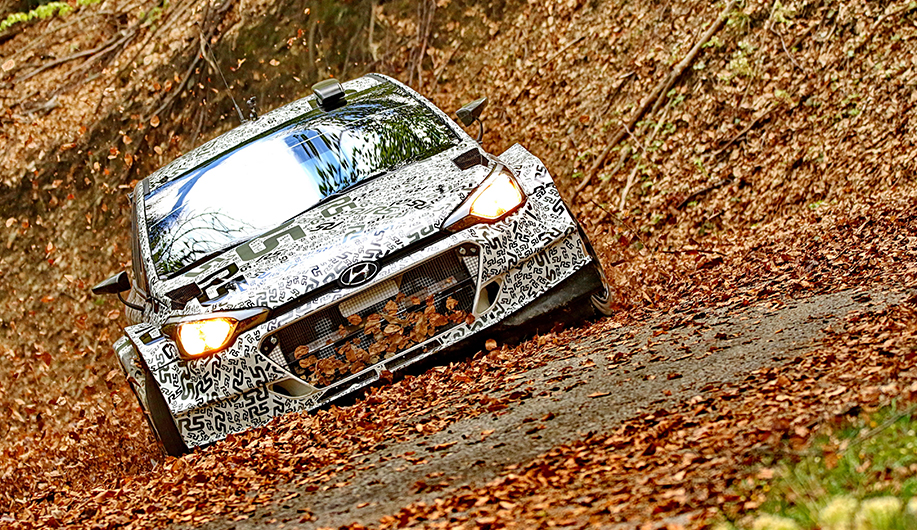 April 28, 2016  We’ve had another busy test with our New Generation i20 R5 as we prepare for the car’s planned homologation this summer.

Following the first successful tarmac test in France in late March, we moved to Italy from 21-23 April, for an intense three-day test session. The New Generation i20 R5 was once again in the capable hands of our test and development driver Kevin Abbring and co-driver Seb Marshall. The duo completed an impressive 900 kilometres on roads just south of Turin  nearly a full WRC round on each day!

“To have completed more than 900 kilometres of testing over three days is a great sign at this point in the New Generation i20 R5’s development,” confirmed our Customer Racing Department Manager, Andrea Adamo. “It shows we have the car running reliably, something our customers will need when competing on events.”

Our New Generation i20 R5 was put through its paces in a variety of conditions to assess gearbox and braking development. Initial work centred on fast flowing roads at altitudes similar to those experienced at Rallye Monte-Carlo. The following days looked at the car’s handling through long sequences of hairpins and under heavy braking on downhill tests.

We ran with new tarmac specification gear ratios over the three days. The varied nature of the roads will help us to develop a versatile five-speed sequential gearbox for competitive use on tarmac events around the world.

“In building a car that is designed to be driven on rallies all over the world, it is important that we test on different types of stages,” continued Andrea. “After the rough gravel and quick tarmac sections in France, the shift to Italy gave us two very different courses. It was a great setting to work on the braking system and to continue to develop the gearbox.”

We’ll be staying in Italy into May with tests planned on both gravel and tarmac at a different location.

“We have a full schedule ahead of us now with more tests to come before the homologation date in the summer and the launch of the car,” added Andrea.

***
We are offering our fans the chance to design a livery for the rally debut of our New Generation i20 R5! Remember our “zebra” test car with the R5 logos? We think our Hyundai fans have the creativity to come up with even better designs.

The winner will not only get to see their design take to the stages, they will also receive a unique co-drive experience in a rally car!

Download the vector outline and competition details here http://bit.ly/R5Design to get started. Entries close Tuesday, 10 May at 12PM CEST.