Largest gathering of our cars at a single event 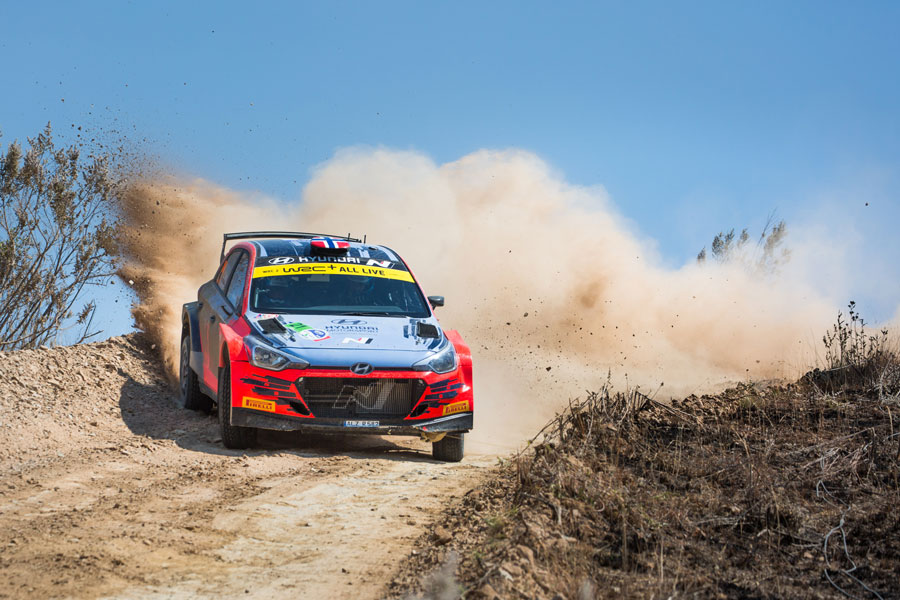 Largest gathering of our cars at a single event

16 i20 R5 crews have been named on the provisional entry list for the Rally di Alba, set to take place on August 2, as the return of motorsport continues to gather pace.

They will be joined by some of our WRC stars and a number of privateer teams running our i20 Coupe WRC. It will be the largest group of Hyundai Motorsport-built cars ever gathered for a single event.

“To be in a position to run Rally di Alba at all is encouraging, and that so many of our customers have been so eager to get back on the stages is great,” said our Customer Racing Operations Leader Andrew Johns. “It shows both the strength of the teams who run with the i20 R5 and the excellent level of support we have been able to offer to help them through the down-time and then enable them to prepare to get back to rallying.”

Going for the win
The rally will host a number of talented i20 R5 crews capable of competing for the class victory. They will be led by our WRC drivers Dani and Craig, who have both enjoyed positive results with our Customer Racing-built car.

Rally di Alba will form the second part of a busy few weeks for Customer Racing Junior Drivers Callum Devine and Grégoire Munster. Both will have competed alongside Craig at Rally di Roma Capitale on July 24-26.

Our third Junior Driver and WRC2 regular Ole-Christian Veiby will take part in his first competitive outing since Rally México in March, running with the same Hyundai Italy-backed team that will oversee Munster’s entry. WRC 3 winner Jari Huttunen will be aiming to continue the strong form that saw him finish on the podium of Rally Bohemia. Josh Moffett, Philip Allen and Josh McErlean make up a strong Irish contingent.

The international crews will face tough local competition from several Italian crews. Luca Rossetti, R5 class winner at the 2018 Monza Rally Show, and Andrea Nucita, i20 R5 Trophy winner in 2019, head the group. Our customer team Bernini Rally will field Davide Riccio, Massimiliano Santoro and Luigi Giacobone, while Stefano Giorgioni and Bruno Godino will also take to the wheel of the i20 R5 – the latter making his debut with our car.

WRC cars in action
The #RA Plus event will see Thierry and Ött hit the tarmac in their i20 Coupe WRC cars as we continue our preparations for the resumption of the 2020 WRC season. Luca Pedersoli and Junior Driver Pierre-Louis Loubet will compete in a pair of our WRC cars run by 2C Compétition. HMI and Corrado Fontana complete our Hyundai ranks in a 2016-spec i20 WRC.

The Rally di Alba stages are packed into a single intense day, with just over 100km of timed running.