Spanish and Slovenian victories for the i20 R5 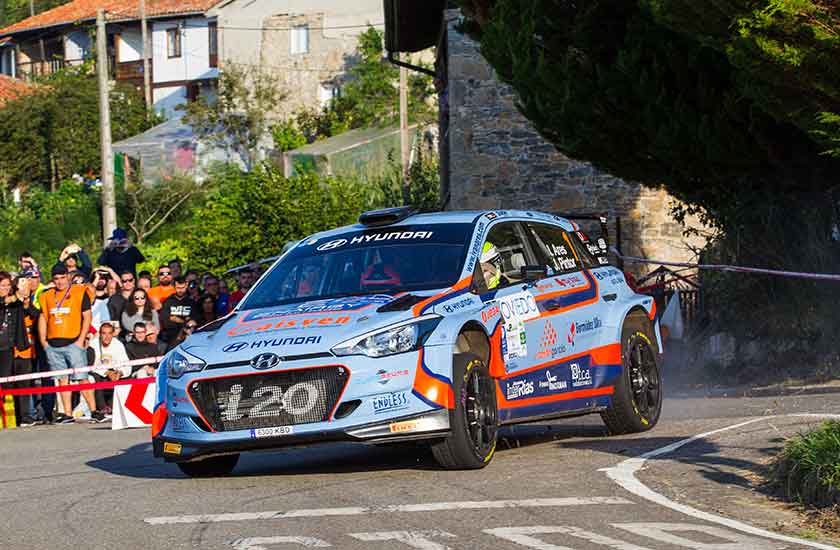 Spanish and Slovenian victories for the i20 R5

There has been more success for our i20 R5 rally car in championships across Europe in September, with a particularly dominant performance in the Spanish Tarmac Championship.

Returning from the summer break, Hyundai España supported crews were on top form in Rallye Princesa de Asturias (September 14-15). Three i20 R5 entrants won all but one of the rally’s 12 stages.

In their home event, José Antonio Suárez and co-driver Cándido Carrera took eight stage victories, including the TC Plus Power Stage, to take overall victory by over 30 seconds. Fellow Hyundai driver Iván Ares took two stage wins to make it a 1-2 for the i20 R5 crews, and extended their advantage in the championship standings.

At the Hellendoorn Rally in Holland, Bob de Jong scored his best result of the season, finishing second overall. He was consistently in the top-three throughout the event, capitalising on the pace of his i20 R5.

Max Vatanen finished best of the five i20 R5 runners in the latest round of the French Tarmac Championship at Rallye Mont-Blanc (September 7-8). Bryan Bouffier won three stages before being forced out of the event on the final leg, while Vatanen steadily worked his way up to ninth overall. i20 R5 debutant Kévin Bochatay was two places further back.

Straight on the pace

There was success for two of our latest i20 R5 customers. Welshman Melvyn Evans won the R5 class in Mewla Rally (August 25-26) before his son Meirion achieved the same feat in Wexford Stages Rally (September 8-9) in Ireland.

“Teams with our i20 R5 are a central part of championship fights,” commented our Customer Racing Deputy General Manager Andrea Adamo. “The dominant performance in the Spanish Tarmac Rally is only the latest weekend to put Hyundai teams and drivers in good positions we approach the final part of the year.”