i20 R5 impresses with victory in Italy 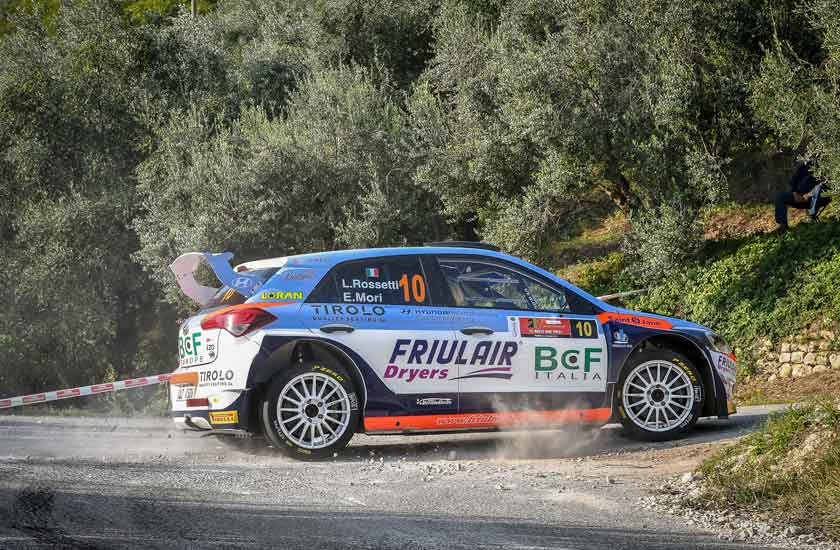 i20 R5 impresses with victory in Italy

Customers competing with our i20 R5 have enjoyed more victories and podiums in rallies across Europe in recent weeks.

In the final round of the Italian national championship, Luca Rossetti scored a sensational overall win at Rally Due Valli (October 12-13).

Driving a Friulmotor run i20 R5 with all the latest developments, he led from the start and topped seven of the eleven stages. Taking victory by 30 seconds, the crew showed off the raw performance of our car to stun the series’ regulars.

Pace showcased in Slovenia and Spain

The car was also on competitive form in Slovenia where Toma Kau?i? triumphed in Rally Idrija (October 27-28). The former national champion, making his debut in the Hyundai Slovenia supported car, was constantly on the pace.

The Hyundai España supported driver won five stages to keep up his chase for a second consecutive title. The performance of the i20 R5 was backed up by Surhayen Pernia, who finished fourth overall in the Hyundai Canarias supported car.

In France, Quentin Giordano equalled his best result of the year in the French Tarmac Championship at the Critérium des Cévennes (October 26-27). Finishing second overall, alongside co-driver Yannick Roche, the crew was the highest placed of four i20 R5 entries.

“The latest results for our i20 R5 customers shows the pace and consistency of the package,” commented our Customer Racing Deputy General Manager Andrea Adamo. “The i20 R5 continues to run at the front of national series with Ares in Spain displaying the reliability of the car, while crews in Italy and Slovenia showed the performance in their superb overall victories.”