Positive performances for the i20 R5 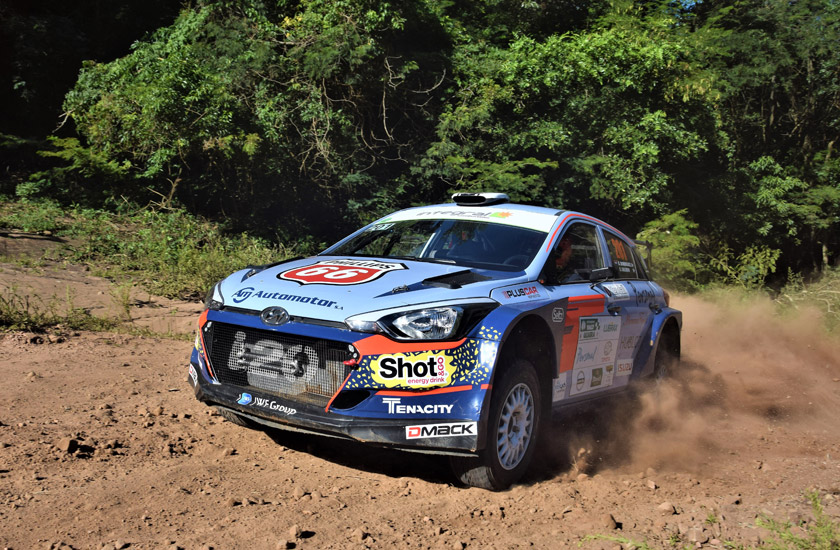 Positive performances for the i20 R5

Our i20 R5 customers continued to get their respective 2018 seasons underway with success in Paraguay and Spain.

The pair, backed by Hyundai Paraguay, ran comfortably at the front in an event where a number of top crews fell out of contention. A controlled performance on the second day resulted in a dominant overall win, nearly five minutes ahead of their closest challenger.

Fighting at the front

Defending Spanish champion Iván Ares made his final preparations for the season at Rallye de A Coruña (23-25 February). Despite a full entry list, including crews fielding both R5 and nationally homologated N5 machinery, Ares and regular co-driver José Pintor eased to a first victory of 2018. They won six of the rally’s eight stages, once more proving the pace of the i20 R5 on Spanish tarmac ahead of the first round of the national season, which will take place on March 16-17.

Andrea Nucita finished second overall at the Rally Show Pavia (March 10-11) on his debut in the i20 R5. Competing in a car run by Bernini Rally, Nucita and Sara Cotone fought for the lead throughout. Winning one stage, they pressured the overall leader across the two days of competition, ultimately finishing just 12 seconds behind.

Speed in the snow

The Finnish national championship, meanwhile, has already passed its third round. The latest event, the SM-Itäralli (March 3), had both Rallybaron owned i20 R5 cars on the entry list. The rally, the last of three snow rallies saw Jari Ketomaa continue his return to the series in one car, while Tapio Lauronen made his R5 debut in the other.

After a fast start Ketomaa was forced into retirement in the early stages. Lauronen and co-driver Risto Pietiläinen completed the event without an issue, finishing just outside the top-ten overall.

Wintry conditions were more unexpected in Croatia for Rally Kumrovec (March 2-3). Traditionally a tarmac rally the i20 R5 team of Szabolcs Várkonyi and Gergely Makai had to follow a road that was, happily, mostly cleared of snow. Running with Korda Racing the Hungarian pairing was using the weekend to prepare for their main focus this year, the Mitopa Cup.

“The 2018 is well underway,” explains our Customer Racing Deputy General Manager Andrea Adamo. “We have customers out on the rally stages with our i20 R5, taking victories at the start of their national seasons, or making final preparations before their first rounds of their core 2018 championship.”