More success for the i20 R5 around the world 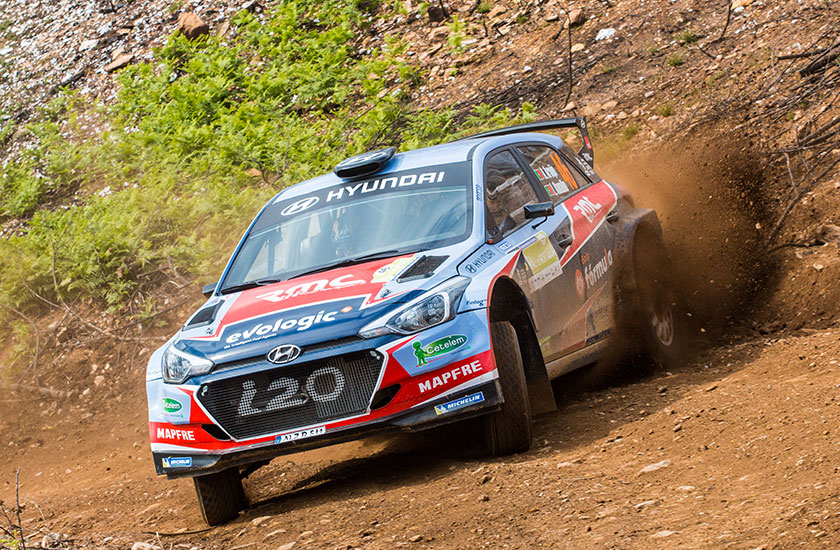 More success for the i20 R5 around the world

There have been more celebrations for customers competing with our i20 R5 rally car in recent weeks with national victory, podiums, career-best finishes and a growing presence internationally.

Our i20 R5 customers in Hungary enjoyed success to match their TCR counterparts. Korda Racing crew Ádám Velenczei and Casba Szedö equalled their career best result at the Miskolc Rallye with a strong podium finish.

Over in Spain, the Hyundai Motor España team expanded to three cars for the Rallye Sierra Morena in mid-April, the second round of the Spanish Tarmac Championship. The trio of cars, including defending champion Iván Ares, won seven stages over the two-day rally.

Hyundai Canaries supported Surhayen Pernía was the best of the i20 R5 drivers on the overall standings, finishing second in the Spanish championship to equal his best-ever result.

In the French Tarmac Championship, Bryan Bouffier took a podium at Lyon-Charbonnières, his second overall of the season. In the opening round of the Slovenia national championship, Claudio de Cecco started his 2018 season with second place. The Italian driver, in a car prepared by Friulmotor with Hyundai Slovenia support, challenged for victory for much of the event.

There was also a podium in Lebanon in the Spring Rally for Eddy Abou-Karam and Joseph Kmeid, matching their best result from last season.

Diego Dominguez brought his Hyundai Paraguay supported i20 R5 to the WRC stages of Rally Argentina as part of the entry for the South American FIA Codasur championship.

Meanwhile, our R5 presence expanded in Poland and the UK with participation in Rajd Swidnicki, the opening round of the Polish national championship, and at the Pirelli International Rally where Irishman Keith Cronin finished third overall.

Customer Racing Deputy General Manager Andrea Adamo said: “Our latest customers showed they were immediately able to perform at the front of their respective championships, showcasing the quality of the cars and promising great things to come this season.”