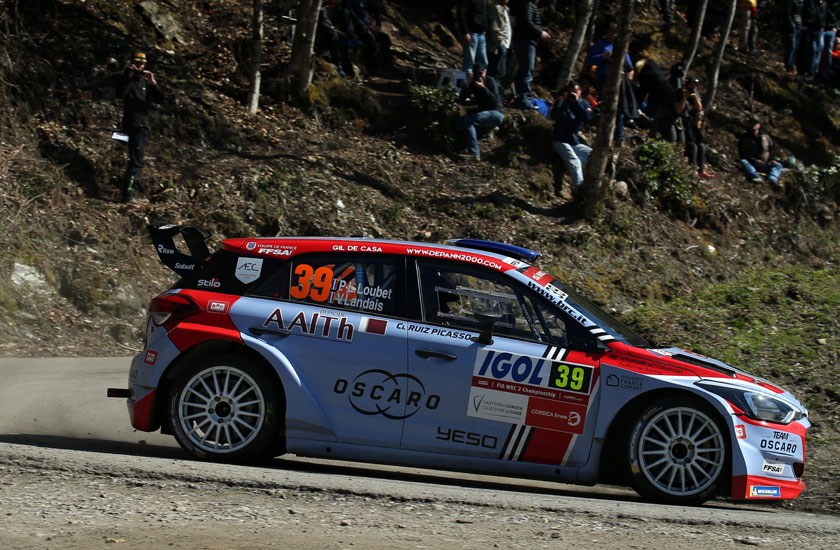 All across Europe, customer teams have been putting our i20 R5 through its paces in a range of events, with victories registered in France and Spain in recent weekends.

Meanwhile, Brice Tirabassi scored a class podium in the opening round of the French Gravel Championship (March 31- April 1) to continue the domestic success of our i20 R5 in France.

Over on the Canary Islands, there was also triumph for Antonio Ponce and Rubén González in Rally Ciudad de Telde (April 6-7).

Two i20 R5 crews lined up at the start of Tour de Corse against far more experienced manufacturer backed crews.

Pierre-Louis Loubet and Nicolas Ciamin both registered top-two stage times to demonstrate the performance of our R5 car on the notoriously challenging Corsican tarmac.

The Hungarian crew of Ádám Velenczei and Csaba Szedö returned to their national championship for a second season in Korda Racing’s i20 R5. A consistent run through the Eger Rally (March 23-25) gave the pair a fifth place finish to start their season.

Lovász Pál also enjoyed a consistent start in the event before tackling the Lavanttal Rallye just a few weeks later (April 7-8). He finished fourth in the Cup competition that includes rallies across central Europe.

Fourth place was also the result for Carlos Vieira and Jorge Eduardo Carvalho as they continued their Portuguese championship season at the Azores Rallye. The Hyundai Portugal supported crew battled against difficult conditions, and a large entry list, to take a good points haul to maintain their challenge for the national title.