i20 R5 takes victory in Ypres

15 stage wins for Thierry and Nicolas on home soil 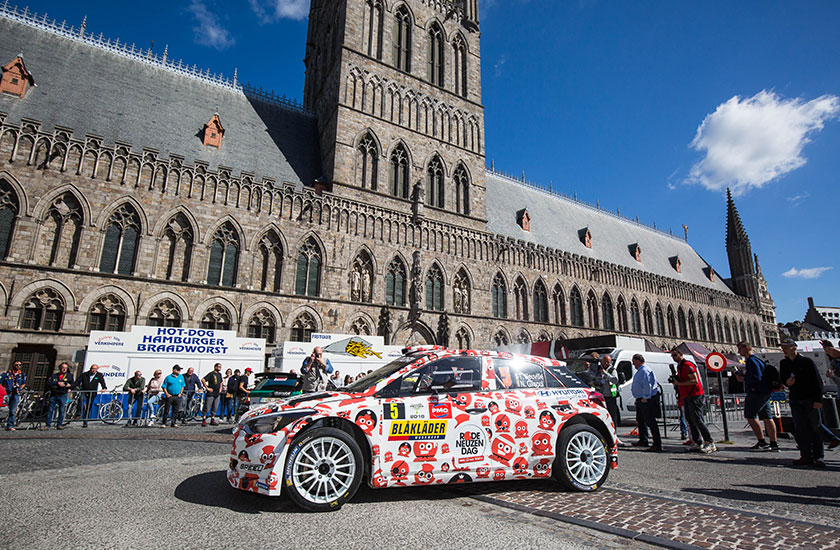 15 stage wins for Thierry and Nicolas on home soil

Our Belgian crew Thierry and Nicolas put in a master class performance in Ypres Rally, taking a dominant win in the latest specification i20 R5 at the event where the car made its public debut in 2016.

In only their second rally with the i20 R5, the current World Rally Championship leaders claimed victory by a margin of 40 seconds, winning 15 of the event’s 23 stages.

Thierry and Nicolas were competitive from the outset, setting the fastest time in Thursday’s qualifying stage. They won seven of the opening nine tests from second on the road on Friday before adding to their tally on the final day.

Continuing to show the strong performance of the i20 R5, Thierry improved his confidence with each stage. Despite adopting a cautious approach in the closing stages, the crew was able to extend their advantage and secure a popular win on home soil.

“To win in Belgium and after a performance like this is really good for me and shows how good the Hyundai i20 R5 is,” said Thierry. “When we started I didn’t have much mileage with it, so I had to learn the chassis. We could then make changes to the suspension and handling to constantly improve the car, as I got more confident throughout the weekend.”

Since the crew’s participation in the 2017 Ypres rally, our Customer Racing department has carried out notable development upgrades to the i20 R5, including updated dampers, electronics and engine. This victory underscored the progress made in the past twelve months.

“The Ypres Rally is always an important event in the rallying calendar in Europe,” commented our Customer Racing Deputy General Manager Andrea Adamo. “There were top crews representing all the R5 manufacturers, so the level of competition was incredibly high. To win in such dominant fashion is a great advert for the Hyundai i20 R5 on one of the most difficult rallies of the year. For Thierry to get in the i20 R5, with such little running and be immediately on the pace shows the overall quality of the car, and the upgrades we have developed for this season.”