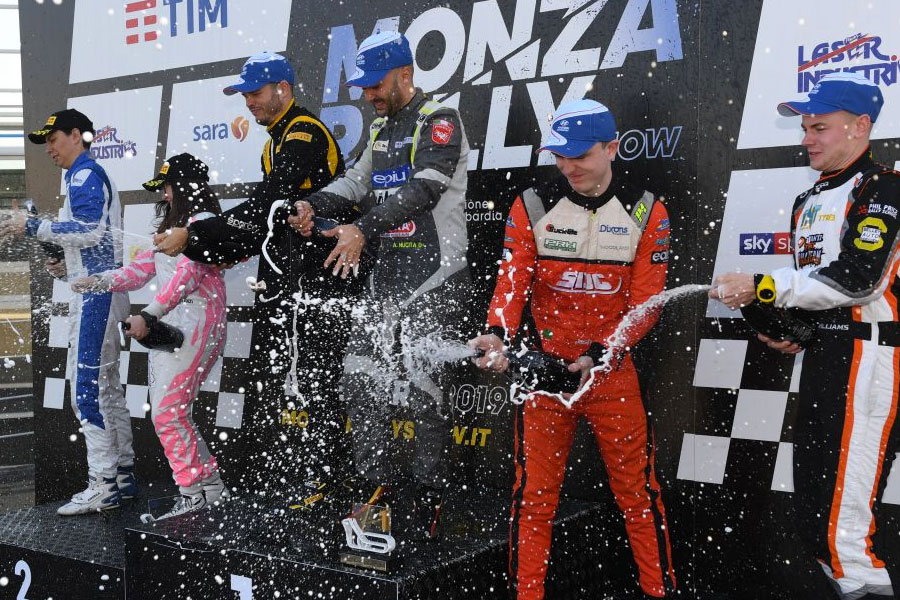 Our i20 R5 car performed strongly in a competitive field at the Monza Rally Show, claiming two spots on the podium. WRC crew Dani and Carlos finished the event in second overall, just ahead of our customers Andrea Nucita and Mattia Nicastri in third.

The Italian crew’s result secured the top prize in the Hyundai i20 R5 Trophy for customer teams at the event. In a Bernini Rally-run car, Nucita was the fastest of seven i20 R5 customers competing in the Trophy event.

Their excellent performance put them among our official entered drivers – Dani, Andreas and Craig – from the start. All were competing for overall victory in the R5 class, which for 2019 formed the premier category at the Monza weekend.

“Once again the Hyundai i20 R5 Trophy at the Monza Rally Show was a huge success, and a very competitive affair for all the crews involved,” said our Customer Racing Senior Sales Associate Andrew Johns. “Nucita was incredibly fast throughout the weekend, and richly deserves the prize for victory.”

In the final standings five Hyundai cars were in the top-ten, proof of both the power of the 1.6-litre engine on the famously long Monza straights, but also the handling and balance through the tight, technical chicanes and hairpins.

Andrew added: “In such a large and competitive R5 field to finish with five i20 R5 among the top places is really good to see, especially in such a mix of customer cars and our WRC drivers. A key aim of the i20 R5 project has always been to have a car which anyone can get the best from, and the final results this weekend are resounding evidence of a target achieved.”

For victory in the Trophy, Nucita took the top prize of €10,000. Ninth overall, second place within the Trophy and €5,000 went to Andrea Mabellini in another of the four Bernini-prepared i20 R5 cars on show.

Third place among our customers, in only his second competitive outing in an R5 car, went to Josh McErlean on his Monza Rally Show debut. Drivers Davide Riccio and Massimo Brega – completing the Bernini Rally quartet – finished fourth and fifth. They were rewarded with four tyres from Pirelli, who partnered with our Customer Racing department for the weekend. 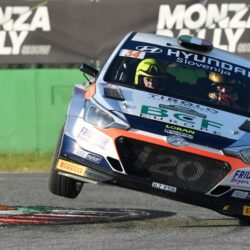