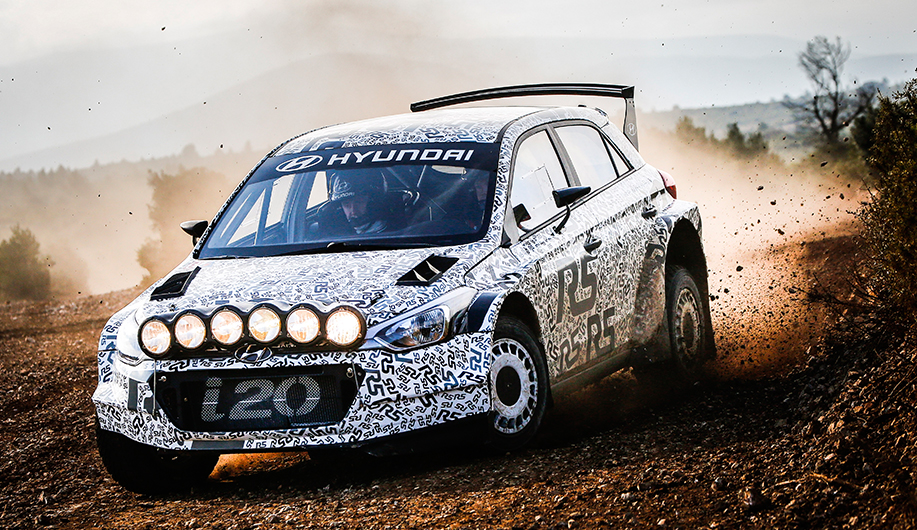 After initial reliability testing at the same venue in January Hyundai Motorsport’s Customer Project team returned to the rough gravel course following a month of work during which the team has focused on developing the dampers and other suspension components for the car.

The team’s test and development driver Kevin Abbring was at the wheel for all three days of running last weekend, using his experience of R5 competition to help hone the car’s handling on the stages.

The rutted, undulating surface at Fontjoncouse offers an ideal proving ground for the team’s work, allowing them to refine the design and begin to work on the suspension on some of the harshest roads available for testing.

The New Generation i20 R5 is the first car from Hyundai Motorsport’s Customer Project. Based on the same five-door production model as the World Rally Championship entry, which has already scored two podium finishes in the opening rounds of this year’s WRC, the R5 is fitted with a 1.6 direct injection turbo engine, 32mm restrictor and five-speed gearbox, in line with the FIA’s regulations for the successful category.

The Customer Project is led by Italian Andrea Adamo and consists of a team of 30 people with experience of developing and delivering customer motorsport programmes. The homologation process is expected to begin in the summer, with the first cars to be delivered to customers shortly after.

Hyundai Motorsport Customer Project Manager Andrea Adamo said: “To have another successful test of the New Generation i20 R5 is a big step towards our planned homologation date in late summer. Going through a test on the demanding surface of Fontjoncouse is a huge positive as we continue to develop the car. New Generation i20 R5 is Hyundai Motorsport’s first project built for customers and it is important that the product we deliver is equally capable on every surface as they enter into the regional and national championships around the world. Having Kevin, who had previously driven some of our competitor R5s, bring his experience to the programme ensures the car will be on the pace on rallies. The Customer project continues to build momentum with supplier deals signed and more experienced people joining the team as we look at the busy months ahead. Our testing schedule now increases its pace as we work to finalise the car for production in time to have it competing in the hands of our customers before the end of the year.”

The New Generation i20 R5 is on schedule to be homologated in the summer. It will be available to customers in line with the cost-capping regulations for the R5 category.