First major triumph for our New Generation i20 R5 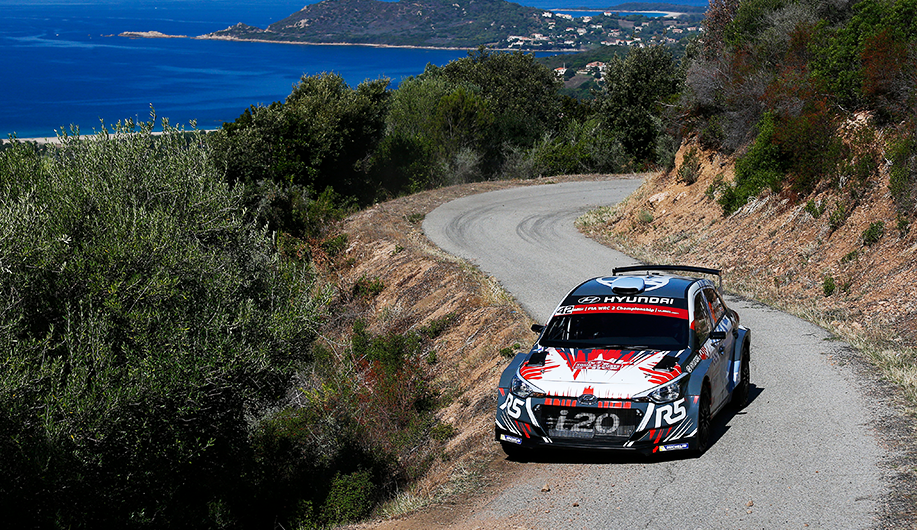 First major triumph for our New Generation i20 R5

Kevin and co-driver Seb have claimed the first major rally victory for the New Generation i20 R5 at the Rallye du Var in the south of France.

Our crew took overall victory at the event, the last round of the French national championship season, by almost a minute. Throughout the weekend Kevin and Seb were able to match the times of the front-running WRC-spec cars, outpacing them on several occasions. However, when the demanding stages caught out their rivals they were able to take their New Generation i20 R5 to take the overall victory. They became only the second non-French and first R5 crew to win the rally.

The pairing quickly proved the performance of the New Generation i20 R5 and established themselves as the fastest of the R5 teams. Mastering the tricky conditions that remained after the heavy rains of the previous days they reached the overnight halt at the end of the first day in third overall, trailing only a pair of WRC runners after the first three stages.

Enjoying the handling balance of the New Generation i20 R5 on the twisting, technical stages, Kevin and Seb added to the growing list of stage wins for the New Generation i20 R5 with a stellar run through SS6. Their pace through the 18km stage  averaging a fraction under 100km/h  was three seconds faster than the defending rally winner and was enough to lift the i20 R5 into the overall lead before the return to service.

With a conservative tyre strategy in the changing conditions on the stages snaking across the hillsides to the west of the rally’s base at Sainte-Maxime, the Anglo-Dutch pairing briefly fell back into second place, but was able to retake the top spot before the day’s final stage. Starting the final day with a 16 second lead Kevin managed his pace at the front of the rally. Still, however, he was able to take a second overall stage win to begin the day, as he stretched out his advantage through the final loop.

Kevin said: “The New Generation i20 R5 was great all weekend. The handling balance was perfect! We came here to prove the competitiveness of the car, and an overall win is best way to do that. We had a good test before the rally, so we had a nice set-up for the conditions for the start of the event that we only needed to make small changes to. We lost some time with the harder tyres on Saturday, but the stages were very challenging and we didn’t want to take too many risks. The stages here are very tight so it’s not surprising that many drivers made mistakes. We’ve shown on other events that the car is very competitive, and it’s great now to have the result that we’ve deserved for so long.”

The victory comes only two months after the New Generation i20 R5’s debut at the Tour de Corse. Since that event, we have worked with our customers to consistently develop the car while competing at events across Europe.

Meanwhile, the number of chassis delivered continues to grow. The order books for the New Generation i20 R5 are now filled well into next year. Hyundai Finland have confirmed the first example to be sold into Scandinavia, while a car will also run in the Middle East in the hands of a privateer.

Our Customer Racing department manager Andrea Adamo said: “Overall victory on the Rallye du Var is a great moment in the New Generation i20 R5 project. The event was extremely demanding, with tough roads in difficult conditions. Kevin showed the real potential of the car here, matching the pace of WRC crews on several stages. He did a great job over the whole weekend, but everybody in the Customer Racing department has worked hard to make sure that we deliver a product capable of competing at the highest level. Since the debut of the i20 R5 in September our customers have shown the same strong pace on the stages as we did here. I, along with the Customer Racing department look forward to working with them to make sure this is only the first of many victories for the i20 R5.”

The attention of our Customer Racing department now turns solely to clients as they prepare for the first events of their own 2017 campaigns.