Victorious rallies across Europe for the i20 R5 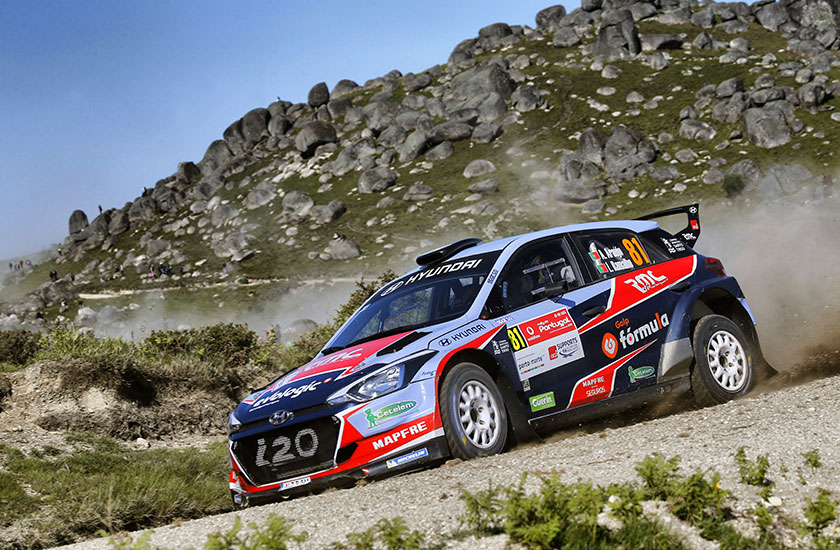 Victorious rallies across Europe for the i20 R5

Our customer teams have enjoyed more success across Europe throughout May with positive results recorded in Spain, Portugal and France.

Crews competing with our i20 R5 scored maximum points from back-to-back rallies in the Spanish Tarmac Championship. The Islas Canarias round (May 3-5) proved a tough test but Hyundai Spain-backed José Antonio Suárez and co-driver Cándido Carrera scored their first national championship win in a Hyundai i20 R5, finishing fourth overall.

A week later, at Rally Villa de Adeje (May 11-12), regular drivers Suárez, Iván Ares and Surhayen Pernía dominated, winning 10 out of the 13 stages between them. On eight occasions, i20 R5 customers swept the top-four places, while the reliability and performance of the car resulted in the first i20 R5 1-2 in the championship.

i20 R5 customers also featured in the WRC2 category in the same event with BRC Racing’s Pierre-Louis Loubet claiming fourth  his career best in the class.

Over in France, i20 R5 crews achieved podiums on gravel and tarmac. Nicolas Ciamin took third overall (second in R5) in Rallye Castine  Terre d’Occitanie (May 5-6). In the tarmac tests of Rallye d’Antibes (May 19-20), Bryan Bouffier scored overall victory to take maximum points and the championship lead. Giandomenico Basso finished third as part of his campaign in the Tour European Rally (TER Series). Hyundai crews won eight out of the 12 contested stages.

Targa Florio (May 5-6) saw another overall win for the i20 R5. Entered with Bernini Rally, Andrea Nucita and Marco Bozzo won five stages on the Sicilian roads, the first success for our customer car in the championship.

Also in Poland, there was a strong effort by Lukasz Byskiniewicz in the second round of the season, Rajd Dolnoslaski (May 19-20). Finishing fifth, it was the crew’s career best.

“Working with their local Hyundai distributors, our i20 R5 customers have a very successful period, with victories in Spain and Portugal” said our Customer Racing Deputy General Manager Andrea Adamo. “Together with the sensational overall wins from our customer events in France and Italy, the performance of the package is quite clear to see.”